How cloud computing will impact the on-premise data center 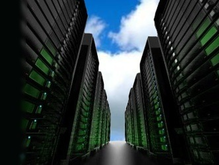 What about data centers in regular businesses, however? What lies in store for server rooms in companies that may (or may not) be branching out into the use of cloud computing?

Of course, the answer to this question depends on company outlook and requirements. Of the organizations that elect to utilize cloud services, their involvement may be a little (just using Salesforce to track campaigns) or a lot (no local resources and everything running in someone else’s cloud data center). You don’t have to go “all in” on the cloud, of course – there are private, public and hybrid cloud solutions to mix and match with.

Some organizations will stay off the cloud entirely, either due to mandated requirements, internal decisions based on strategy, or concerns about privacy/lack of data control. Certainly, recent revelations about NSA spying may not have helped the cause of cloud computing, although there are some who feel the issue is overblown.

Gail Axelrod of Bettercloud provided some interesting statistics on cloud computing usage in her recent blog post, “47 stats you need to know about the Google Apps ecosystem.” The statistics reveal the following:

This data emphasizes the fact that, like it or not, cloud computing isn’t something to ignore but must be analyzed by organizations to make an official determination of “yea” or “nay.” I want to state that my goal in this article isn’t to promote the cloud but merely to look at the data center ramifications involved with using it.

As a system administrator, this subject is usually on the forefront of my mind because, in the words of the old Kenny Rogers song, “knowing what to throw away and knowing what to keep” in your data center is going to be a critical task for businesses and the IT professionals who support them. New advances not only in cloud computing but in virtualization, energy efficiency, and networking technology will all shape the data center, making it a bit of a gamble figuring how things will play out.

Bill Kleyman of www.datacenterknowledge.com thinks robotics and automation are the keys to the future data center. These elements won’t replace data center staff, Kleyman states, but “may force a gradual evolution within the data center world and a new learning pattern for the future engineer.” I agree with Bill that data centers will go on, albeit with different components. I don’t think most or even many data centers will fizzle out and wind up replaced by employee lounges – there is going to be something between those four walls in virtually every on-premises business.

When you envision your data center, you’re probably thinking about server racks, patch panels, cooling equipment, cabling, temperature alarms, and raised floors. However, when planning for the future, you’re better off reducing your data center from form to function. Rather than establishing what it is, think about what it does. To do this, let’s break the data center down to applications, services, storage, and connectivity and then examine how each may fare in a cloud-centric world.

“Applications” refers to programs which run on desktops and servers; these can be productivity suites like Office, Exchange email, SQL Server, Sharepoint, VMWare ESX server, finance programs (like Quickbooks Server), or an enterprise search program.

This is an area where many companies enter the cloud at the ground level, choosing their products in an a la carte fashion. For instance, one company I know of keeps its email in-house but performs all of its accounting/finance functions online via a service called Concur; there are no local finance applications on their clients or servers.

Hosted email is another business-critical application which is leaving data centers in droves. SQL and other database servers can run online such as via Google Cloud SQL, though I feel this can be outside the comfort zone for really large and complex databases which might be better off kept on-premises (always get a proof of concept before making a commitment and leave the final call up to your database administrators and not just your accountants).

Online packages for word processing/spreadsheets/email/presentations such as Office 365 or Google Apps will inevitably continue making inroads into companies to replace traditional desktop “thick clients.” This will reduce workstation complexity and hardware requirements. While that might not seem to have any bearing on the data center, the impact could be felt via more subtle methods. Having simpler workstations without a need for a lot of horsepower would make it easier to move towards desktop virtualization. If this is kept in-house this scenario would involve more demand on virtualization servers, the underlying storage architecture, and the network backbone, thereby prompting a shift in the data center equipment needed for the job. If desktop virtualization is run from the cloud, that eliminates a big chunk of onsite resources.

By “services” I refer to functions such as authentication mechanisms, monitoring, and task schedulers. There can be a fine line between services and applications, so the defining difference should be whether it’s something that runs actively or as a background process.

Some services exist only insofar as the equipment on which they depend exists. For instance, a service that pings your systems to check for uptime loses its raison d’etre if those systems vanish. A task scheduler that sends out a report once per day can live wherever the application which processes that report lives. The control mechanism for an alarm system to warn against unauthorized intruders isn’t likely to go offsite if killing the network connection can kill the alarm (Remember the film “Die Hard?”  The bad guys cut the power, not the network, but the same principle applies).

It’s possible to replace more complex on-site services such as Active Directory with online services (also known as “Identity Management as a Service” or IMAAS) such as Windows Azure Active Directory. Personally, I would always want to have at least one on-site domain controller synchronizing with anything running in the cloud, but this can still reduce the number of DCs in the data center, whether physical or virtual.

This concept can apply to other services besides Active Directory, of course: in order to maintain redundancy among “paired systems” (such as traditional active/active or active/passive services such as RADIUS servers for VPN connections) can you move half of these boxes or the functions thereof up to the cloud?

Storage is about data, whether traditional information like Word documents or application-related files such as VMware virtual machines. If your email, file servers, and databases reside in the cloud that eliminates the need for all related storage for these, not to mention any local backups you need to take. However, be mindful of the fact some confidential data never can or should go off-site (your security team will be glad to assist you in sorting out the definition which is appropriate for your business).

If you run virtual desktops or servers in your data center your storage needs may still remain high. There’s quite likely going to be a trade-off somewhere in your plan, and keep in mind nobody in IT ever complains they have too much storage space.

Speaking of backups, cloud-based services which replace your backup hardware, schedules, and headaches can be worth looking into. For large files (such as local databases) one key factor will be the ability on the part of the backup vendor to only upload the differences in files by using deltas (you don’t want to have to upload your entire 5 Tb database on a nightly basis, especially if you’re paying for used bandwidth!). Eliminating local backups can take out a significant part of the data center right there, not to mention costs for tapes, disks, and off-site storage (your security and operational requirements must allow this, of course).

Networks (both internal and external) have been and are going to remain a factor of crucial importance for companies, which is why it’s a great time to be a network engineer. Unlike the other three categories, connectivity isn’t going anywhere. No matter where your applications, services and storage reside, if your users can’t get to these resources you might as well be on an Amish farm (unless you have an temporary offline solution) – and you will wish you were there if there is a network outage. The same applies whether you’re using thick clients, thin clients, or mobile devices: the underlying backbone of access to company resources will remain mission-critical. To be fair, thick clients running local applications can usually handle a short network outage (at least your users can play solitaire while they wait). Thin clients connecting to a back-end virtual server become boat anchors when their link to the world is severed.

I don’t see many companies going all-wireless or all-work-from-home just yet, so physical network connections and the hardware they run through will likely continue to reside in the data center. I don’t think cloud computing will have any impact on network connectivity other than emphasizing its undying importance. If anything, I can envision more network hardware coming onto the scene, as well as failsafes like multiple ISP connections.