Security and regulatory concerns are slowing adoption of “cloud computing” services by major companies in Hong Kong, according to a new study. 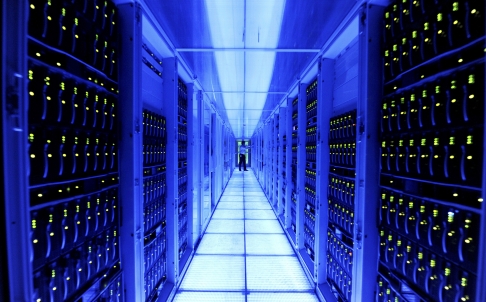 The findings came from a survey, commissioned by NTT Com Security, of about 50 senior information technology executives in Hong Kong firms with 500 or more employees.

The report, carried out by market research firm Vanson Bourne, also suggested that Hong Kong had fallen behind other markets when convincing large firms to integrate cloud computing platforms with existing infrastructure.

Cloud computing enables companies and consumers to buy, lease, sell or distribute over the internet as well as private networks a vast array of software, business systems, data and other digital resources as on-demand services. Such resources are hosted in data centres.

Catherine Kung, the regional director at NTT Com Security, a global information security and risk-management provider, said financial services remained the most conservative among the industries that participated in the survey.

“Cloud is a well-established and maturing technology, but levels of adoption still vary across different geographies,” Kung said.

The Hong Kong study was part of a larger international survey of 700 information technology decision makers in selected markets that included the United States, Canada, Britain, Germany, Singapore and Japan.

About 86 per cent of those surveyed in Hong Kong said compliance issues slowed their adoption of cloud services, compared with the average of 76 per cent in the global study.

It also found that 38 per cent of the Hong Kong enterprises surveyed considered security very important when deploying a new service, or changing the delivery of an existing one.

About 28 per cent of those surveyed in the city, compared with a global average of 49 per cent, said they intended to move a large part of their data and services to the cloud within a year.

In addition, about 48 per cent of the Hong Kong companies surveyed were also less likely than the average to think that the cloud was the best delivery method to comply with stringent regulations.

The broader international study found that 69 per cent of companies surveyed in the US and Canada had already moved the majority of their data and services to cloud platforms. Companies in Germany followed with 58 per cent.

“Globally, cloud adoption seems to be based on how quickly issues such as security and cost can be reconciled,” said Garry Sidaway, the global director of security strategy at NTT Com Security. “Once businesses have the right policies in place, they rapidly advance the number of services and applications delivered via the cloud.”

Research firm Ovum has forecast that spending on cloud services by companies in the Asia-Pacific region will reach US$12 billion by 2016.