The U.K.’s plan to encourage public sector workers to purchase cheaper IT via the cloud is not happening quickly enough. That program, known as G-Cloud, centers on a procurement framework for approved cloud product and services firms and an online buying tool called the CloudStore. 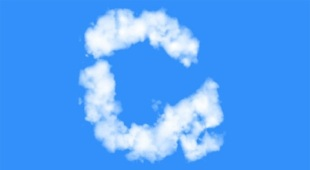 A team of internal governmental project monitors recently identified the program as “at risk of failure.” In what some observers see as a direct response to that critique, the head of the G-Cloud, Denise McDonagh, has been transferred to another job in central government IT. Meanwhile, the G-Cloud team has been folded into the Government Delivery Service (GDS), a team that’s working on bringing a digital flavor to all British government services.

In a blog post, McDonagh claimed the re-org had always been part of the plan. “It has always been the intention to move the program into ‘business as usual’ and now is the natural time for this to happen,” she wrote. “I’m confident that GDS will continue to improve G-Cloud, building on our success and providing strong leadership and support for departments as they move towards ever wider adoption of cloud solutions.”

But moving G-Cloud into GDS might not be enough. An audit on the project’s progress noted that a primary challenge is the difficulty of achieving real culture in terms of approach to ICT (information and communications technology), as old ways of doing things are so deeply engrained among public sector IT buyers.

The scale of the challenges G-Cloud and the CloudStore buying portal face was made clearer this week, when non-profit British cloud firm Eduserv released data showing that 72% of civil servants aren’t confident about how to use the technology. And while 47% of 529 senior public servant respondents said they understand what the CloudStore can offer, they don’t seem to know what to do next. Meanwhile, 71% of respondents said they were unsure whether G-Cloud would create more work for them or less.

The survey’s respondents were largely at senior civil service ranks, such as high executive or senior executive officers level, and worked in key areas like operation delivery (22%), IT (12%) or program and project management (10%).

“Education on new technology and solutions is important. Otherwise, it is impossible to make the most of them,” said Andrew Hawkins, business development director at Eduserv. “I would have liked to have seen more being done to ensure civil servants are confident about what [G-Cloud] can do and how it can be implemented.”

Still, for the departing McDonagh, the mold has been broken. “What we’ve done is truly groundbreaking,” she said. “G-Cloud is generating interest from around the world, with many now following our lead. I believe that it is one of the most disruptive changes for good that I’ve seen in my entire career in government IT, and I believe this will forever change the way we commission and use IT in the public sector.”