European data protection under a cloud

Cloud computing has been hailed as a revolution that would reduce the need for capital investment and provide near unlimited computer power and storage on demand. But in recent weeks fears have grown that European data stored on the cloud could be vulnerable to foreign surveillance. 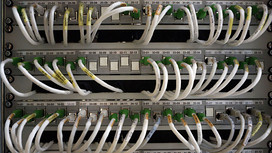 Revelations by Edward Snowden, the US contractor turned whistleblower, have underscored the shortcomings of Europe’s data protection laws in the age of the cloud, where data are stored at external data warehouses rather than on a local hard drive. As data flows across national borders at lightning speed, often existing simultaneously on servers in multiple countries, protecting and regulating transfers of data has become much more complex.

Such is the concern about the security of data on the cloud in the wake of the Snowden revelations that last week Germany’s data protection authorities called for the suspension of the Safe Harbour agreement, which allows cloud providers that have self-certified their compliance with the requirements to make data transfers from the EU.

EU politicians are in the process of reforming the bloc’s data protection rules but some analysts fear planned changes could create further problems for international cloud companies.

Under US foreign intelligence laws – including the Patriot and Foreign Intelligence Surveillance Amendments Acts – US authorities can oblige US cloud companies to hand over data on people who are not US citizens. EU data rules offer little protection against foreign intelligence agencies, leaving not only EU citizens but also US cloud providers in an unenviable position.

“If I am a German provider, and the NSA comes to me [to ask for data], then I can say: ‘why would I do that, I’m not allowed to and have no interest in doing so’,” said Klaus Landefeld, board member for infrastructure and networks at Eco, the Association of the German Internet industry. “But if I’m a US provider in Germany then I have the problem that under Fisa [the US act] I’m bound to comply.”

The vast majority of cloud companies are based in the US. But even cloud providers headquartered in Europe could in theory be compelled by the US authorities to hand over European data if they have a subsidiary or office in the US. That is because US law applies to all companies that conduct “continuous and systematic business in the United States”.

Cloud Sigma, a Switzerland-based cloud operator, said it had deliberately structured its global cloud locations so they are operated by separate local entities, meaning there could be no legal basis for the US to make a data request. “Our holding company is Swiss and has no concept of extraterritorial jurisdiction. The US authorities can try that kind of stuff but it’s possible to hold firm and explain your position,” said Robert Jenkins, chief executive.

In practice, US authorities would be “reluctant to put pressure on [European cloud companies] . . . for fear they will report them to their home governments”, said Ian Brown, associate director of Oxford university’s Cyber Security Centre.

Surveillance programmes such as Prism and the US’s obtaining of 500m pieces of metadata a month from Germany, as reported in Der Spiegel, are by their nature secret and US law forbids companies from revealing the existence of a US Fisa order. In practice, it is impossible for EU data protection authorities to know if secret surveillance is happening or not, Caspar Bowden, an independent privacy advocate and former chief privacy adviser at Microsoft, warned in a report to the European parliament last year.

The new EU data protection regulation is supposed “to make crystal clear that even companies based in the US but offering services to EU citizens must obey EU law,” said Mr Brown.

However, some academics warn that tougher EU data protection rules could create a Catch-22 scenario for international cloud companies.

“US intelligence requests will keep on coming and the situation persists that cloud providers will be either in breach of US or EU law,” Axel Arnbak, faculty member at the Institute for Information Law, University of Amsterdam, and co-authors wrote in a recent study “Obscured by Clouds”. “Companies will face a fairly difficult or impossible situation.”

There are also doubts whether new EU data protection laws will bring the required level of transparency into the cloud. Mr Bowden argues: “[Article 42] could be a tactical error, because given there is no sufficient deterrent and minimal risk of detection, data protection law would continue to be flouted in secret.”