European researchers are working to develop new microprocessors that use up to 90% less energy than the chips currently in use, Energy and Environmental Management Magazine reported.

According to the report, an EU-funded project dubbed “EuroCloud,” has adapted the low-power microprocessors used in mobile phones to work on a larger scale. 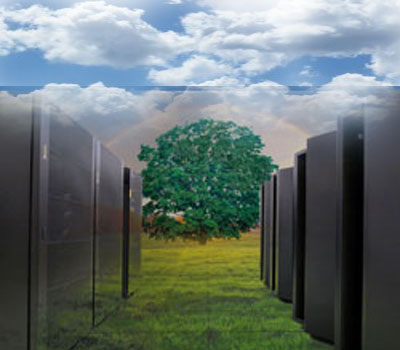 Researchers say that move could potentially save companies using cloud computing technology in their data centers billions of euros.

The EuroCloud server project is headed by a team of researchers from the UK, Cyprus, Finland, Switzerland and Belgium; with companied like Nokia, ARM and IMEC taking part in the development efforts, as well.

The European Union has offered the project €3.3 million in annual funding, across three years, so far.

Researchers said that the new chips “will cost just 10% of the price of presently-used processors as well as consuming 1/10 of the energy.”

The “3D Server-on-a-Chip,” will enable the greening of European data centers, they added.

Furthermore, researchers believe that “Hundreds of microprocessor cores may then be embedded in a single server, making data centers containing one million cores feasible in the future.”

“The Eurocloud chip addresses the core of this energy consumption problem. I hope further development of the Eurocloud chip will boost the position of European businesses in a sector currently dominated by non-Europeans.”

The EU also plans to form a panel to review whether there is a need to regulate the entire sector to improve its environmental performance.