When programmer Leon Lim left his information technology job in 2012 to start his own e-commerce business, he took a different path from many others before him.

Instead of creating his own shopping site, Mr Lim, 33, became a merchant on Qoo10, a Singapore-based online mall. 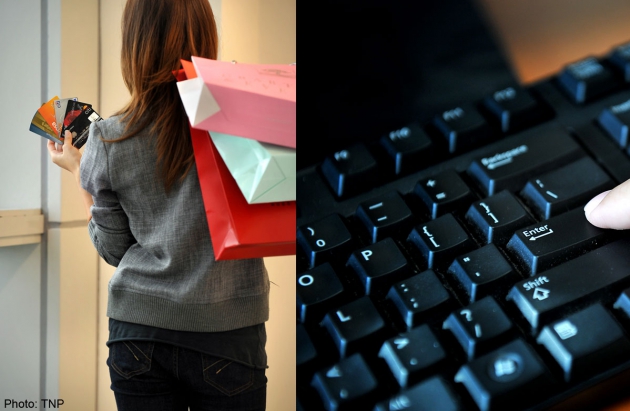 Since VT Fashion, his online fashion store, started in January last year, sales have grown by 30 per cent a month. After just over a year, Mr Lim’s takings topped six figures a month.

There are about 68,000 registered merchants, mostly small ones like Mr Lim, who use Qoo10 to reach a customer base bigger than they could on their own. The online mall also helps them market their brands and fulfil orders.

Qoo10 is part of a wave of e-commerce business sweeping the world. Marketing magazine E-Marketer reported that online sales will hit US$1.5 trillion (S$1.9 trillion) this year.

Research consultancy Forrester said e-commerce will more than double to US$854 billion in Asia-Pacific by 2018, up from US$398 billion last year.

Singapore is not being left out. Payment firm PayPal said the online shopping market here is projected to balloon from $1.1 billion in 2010 to $4.4 billion next year.

A key reason for the exponential growth is the arrival of new players that are differentiating themselves from early pioneers such as Amazon and eBay.

These include discovery shopping sites such as Clozette, and subscription services, like Vanity Trove which sends a box of beauty products each month for a recurring fee.

He believes e-commerce is “at a tipping point” for two reasons, the first of which is a rapidly improving online shopping experience.

“More consumers are going online because they get better prices, product range and convenience,” he told The Straits Times.

The second reason is that e-commerce retailers are able to scale their operations more quickly, as their physical operations are centralised. A single set of inventory and one team of employees can efficiently fulfil growing orders.

The first is mobile commerce. The proliferation of smartphones means consumers are more likely to use their handheld gadgets to shop online, so retailers must have a mobile strategy or they will be left out.

A PayPal report last year showed that the mobile commerce market in Singapore saw phenomenal growth from $43 million in 2010 to $328 million in 2011.

Across Asia-Pacific, the market is expected to be worth US$681 million next year, up from about US$384 million in 2013.

Groupon chief operating officer Kal Raman, who was recently in Singapore, said there are about 1.5 smartphones per person here.

“By 2019, 50 per cent of people in the world will have mobile phones… The trend is inevitably shifting towards more interaction with the smartphone,” he said.

Foodpanda co-founder Ralf Wenzel described mobile commerce in an e-mail interview with The Straits Times as a “shining star”, because even people in less developed countries own smartphones before purchasing computers or TVs.

The second emerging trend is the online sale of fresh food, including meat, dairy products and vegetables. This has traditionally been difficult because foods have different storage requirements and need temperature-controlled environments, said Mr Egan.

But Redmart is experimenting with ways to keep products cool and will start fresh food online sales before the end of the year, given the potential opportunity.

Redmart investor Eduardo Saverin said recently that “although the major supermarket chains (in Singapore) do have an online offering, they don’t seem to invest much (in) it”.

Fashion retailer MDS Collections, which started as a blog shop seven years ago, has now opened more than 10 stores, mostly in Singapore and with a few in Indonesia.

Founder Georgiana Yeo sees offline stores as a way of reaching more customers. They also offer a good way to brand the company, as they are visible to pedestrians in shopping malls.

She is now discussing franchise deals with potential partners in Dubai, Cambodia, Myanmar and Malaysia.

Going the other way has proven more tricky.

Major Singapore retailers, such as Robinsons, Tangs and Challenger, have been responding to the e-commerce challenge with great caution.

Industry experts said retailers here still fear cannibalisation of sales from online stores, despite the fact that United States retailers, like Macy’s and Victoria’s Secret, are muscling in on the Singapore consumer market via their online stores.

Mr Ben Tan, chief operating officer of IT retailer Challenger, said that to succeed in e-commerce, retailers must have a focused strategy.

After two failed online attempts in the past 15 years, Challenger fired up an online store again last December, mainly to support its 500,000 members.

“These members translate to about two million people because they buy for their families, loved ones and friends,” Mr Tan said. “We can engage them better, offering them products that they want.”

Some retailers are boldly venturing into the online frontier.

Ms Abigail Tan, chief information officer of pharmacy chain Watsons, said the repercussion of not investing online is a loss in competitive advantage.

After all, “an online store never sleeps, so it is possibly an additional revenue stream”, she said.