Dell Acquisition: What Will It Mean for Dell’s Cloud Strategy?

The rumors of Dell (NASDAQ: DELL) being acquired are true. Michael Dell has teamed up with Silver Lake and Microsoft (NASDAQ: MSFT) to fund a $24.4 billion takeover of the company he founded in 1984 in an effort to take the company out of the public trading space and back into private hands. Our sister site, The VAR Guy, provides analysis on what this deal will mean for Dell and the community of channel partners it has built up over the last few years, but what about the cloud? Should the deal go through and the company return to being a private company under control of Michael Dell and Silver Lake, with a minority share being held by Microsoft (which is lending $2 billion to the deal), what might happen to the company’s ever-growing cloud strategy? 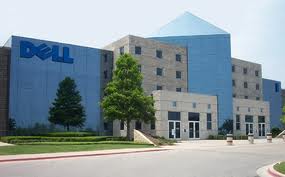 With Microsoft contributing a significant sum to the buyout total, it’s easy to speculate the company could exert some influence on Dell’s cloud strategy, possibly with a stronger focus on Office 365. But as Charles King, principal analyst at Pund-IT, noted in his Weekly Review newsletter, such pressure could provide consequences for both companies.

When it comes to the cloud, Dell “has the largest share of any vendor in cloud-style systems and they’ve made a strong long-term commitment to that market. There’s nothing in the proposed merger that would or should change that,” King told Talkin’ Cloud.

There’s always a touch of concern and paranoia when a major technology player is purchased or merges with another. Although there may be no reason to fret, it’s important to keep in mind that Dell has taken to the open source arena with its cloud strategy–an area that doesn’t really line up well with Microsoft’s own cloud strategy.

During a cloud strategy update last year, Dell noted it was going to continue to support and pursue opportunities related to OpenStack, but with Microsoft lending a couple billion bucks, will there be incentive to shift gears? Perhaps—only time will tell.

Whatever the case, there doesn’t seem to be any reason to think Dell is going to drastically change its cloud strategy at this point, even if things could change in the future.

At the same time, this is no done deal. Other bidders could emerge, and Michael Dell and his financier partners may find they won’t be the ones in charge of the company when all is said and done.