Computing world moves away from Oracle

For investors, the worst news can be news you don’t hear. Oracle made that kind of news Wednesday, missing analyst revenue estimates for the fifth time in 10 quarters. 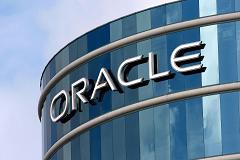 It’s time to get out.

Oracle was the last company standing in the old client-server era. It bought Sun Microsystems, and it bought most of its competitors in the database space. The rest it seemed to crush. When CEO Larry Ellison hired Mark Hurd as co-president in 2010, it seemed he could put his full attention on transforming, and defending, sailing’s America’s Cup, which has become his passion.

That didn’t work out so well either. Despite transforming the rules and moving the races onto San Francisco Bay, it looks like rival Emirates Team New Zealand is going to take the prize away, perhaps as early as today, as the America’s Cup Web site reports.

What went wrong? For Oracle, technology changed. Cloud computing—masses of low-cost servers using virtual operating systems—have proven themselves far more cost-effective than the architectures Oracle made its living on.

It’s not so much the “cloud stack” as the result of building such a stack that’s the problem for Oracle. When software becomes a service, when you can replace your whole IT department with something you buy like you buy electric power, and at a low, low price, that’s compelling.

The company sells an “Oracle Cloud,” based on its proprietary hardware and software, but many analysts have been calling that “faux cloud” since it doesn’t deliver the full savings of cloud to customers, and I agree.

Oracle has long been known for having an iron grip on its customers, making the costs of switching away from its architecture appear prohibitive. But you don’t have to switch to make an impact on Oracle’s numbers. Just slow your upgrades, experiment with cloud, and don’t grow your Oracle stack—that’s enough.

Ellison wasn’t on the latest earnings call (the transcript of which is available at Nasdaq’s Web site), but Hurd was relentlessly upbeat. He said competitors are doing worse, that the strong dollar hurt, and that some hardware gains are showing up on the support revenue line, meaning that they’re understated.

Asked to name competitors, Hurd mentioned IBM, SAP and EMC. Then he mentioned, almost as an afterthought, Salesforce.com and Workday, adding “albeit mostly in North America and mostly in one process.” Then he said, “I could go down a slew of others in various product groups,” he added, and that’s the problem.

Oracle isn’t being hurt by one big competitor it can buy out. It’s being hit from all sides by tiny cloud-based competitors, each taking little bits of its business away from it.

Customers are looking to save money, and when one of these small fry say they can do that for them, they go for it, maintaining their Oracle stack but gradually moving more and more work off it, often into off-site clouds, buying the software as a service.

Think of it as evolution in action. Oracle created a sort of “climax state” in networked computing, becoming its king of the forest, its T. Rex. But computing’s equivalent to climate change has come to eliminate Oracle’s sources of food.

That’s the way evolution works. It’s not always another big beast that gets you, sometimes it’s a thousand little beasties that do it, the insects and microbes of the business world.