The Executive Yuan announced recently that the Ministry of Health and Welfare (MHW) has established a cloud computing system that allows the public health centers and bureaus of 48 remote townships and offshore islands access to all case reports, hoping to garner support from 500 hospitals and 20,000 clinics by the end of 2015. 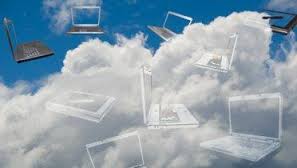 According to the Executive Yuan’s population numbers, there are roughly 365,000 people residing in Taiwan’s remote areas, taking up about 1.6 percent of the entire population, and spread around 48 separate regions that are either mountainous or on offshore islands. Owing to geographical shortcomings, patients in grave medical conditions often find it difficult to reach the nation’s larger hospitals; the long trips and medical expenses are hard on the families and many do not make it to the hospitals in time.

The Executive Yuan’s Board of Science and Technology collaborated with the MHW in finishing the system by the end of 2013; residents in rural areas will be able to store their electronic case reports, hospitalization reports and medical images in their digitalized National Health Insurance cards.

The Executive Yuan stated that the new system began operating on Jan. 1; there are 260 hospitals participating currently and more to join in the future. Using Alishan Township in Chiayi County as an example, it would cost NT$1,900 for a patient’s round trip to the nearest hospital; NT$400 on medical expenses, NT$500 on transportation — a loss of around NT$800 — and another NT$200 on meals and other costs, said the Executive Yuan, which also estimated that if the new system is able to relieve 400,000 people of the said spendings each year, there will be NT$700 million saved in total.