Cloud computing growing in the UAE

Dubai: As cloud computing gains traction in the Gulf, especially in the UAE, the key challenge for organisations in the region is optimise and fine-tune the infrastructure to best take advantage of the new technology. “It is an interesting market and a lot of organisations are keen to move to the cloud this year. The UAE market is similar to the UK,” Peter Job , Founder and CEO of Intergence, the independent IT consultancy and professional services company operating in Dubai and Cambridge, told Gulf News. The global attention that public cloud has generated, largely as a result of the cloud services offered by companies such as Google, Amazon, Rackspace, and Salesforce.com, has led many organisations in the UAE to start exploring the viability of capitalising on such services. 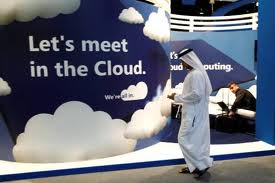 The region will grow “more than some European markets” this year. “Now businesses are tackling the decision of what to move to the cloud despite being constrained by security fears,” he said.

CIOs are increasingly looking towards cloud based solutions to provide the performance, scalability and accessibility many users demand, which, in turn, has led to increased awareness of the opportunities offered by cloud computing.

Intergence predicts that by 2020, around 80 per cent of employees may be working outside their organisation as cloud services benefit mobile workers and those operating virtual offices that traditionally have to rely on high speed broadband links to their corporate data centres for connectivity.

“We have around 20 clients in the region. Our turnover has doubled last year to 40 per cent. The region has comeback strongly from financial downturn compared to other countries,” Job said.

Quoting a Frost & Sullivan report, he said the market for public cloud computing is set to reach $5.8 billion globally by 2015.

Many organisations in the UAE now want to take advantage of the major benefits — such as the quick deployment of IT resources, shared resource usage, and the ability to monitor usage — but within the security of their own organisations, leading them naturally to the concept of private cloud.

IDC said the growth is happening in the private cloud, but expects public cloud to catch up in the near future as more and more global providers begin to push their offerings aggressively in the region.

“The growing interest is in private cloud, but only a handful of organisations in the UAE have gone the full distance in terms of converting these highly virtualised environments to full-fledged private cloud deployments,” Sony John, research manager for IT services at IDC, said.

“With very few local providers offering cloud services in the UAE and those that do are firmly in the early stages of portfolio development, there is a gradual softening of end-user attitudes toward cloud in recent times,” John said.