Canada ranks ninth among 24 nations whose laws and regulations encourage cloud computing, according to an association of some of the biggest names in information technology. And while ninth doesn’t make it a leader, the country has moved up three places since the BSA-The Software Alliance compiled its first scorecard a year ago. 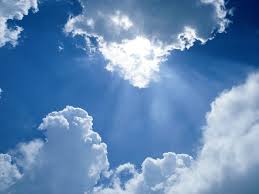 “I don’t think (Canada’s) cybercrime laws are fully aligned with the Budapest Convention, and they’re not as far reaching as some countries,” said Chris Hopfensperger, technology policy counsel for the alliance.

“We would like to see a little more comprehensive coverage in those areas.” On the other hand the alliance recognizes that “significant law reform in intellectual property,” took place here.

Canada is a signatory to the Budapest Convention on Cybercrime, which came into force in 2004. However, the Web site of the Council of Europe’s treaty office indicates Canada hasn’t ratified the document yet.The alliance argues that organizations and individuals won’t fully accept cloud computing until they are confident private information stored in the cloud won’t be used or disclosed by a service provider “unexpected ways.”

In particular the alliance says government laws and regulations should be predictable, transparent and should impose restrictions such as registration requirements for data controllers and cross-border data transfers.

Some European Union countries have these requirements, the report noted. It also credited Canada among the countries that score well in having privacy rules that don’t include “onerous registration requirements.”

According to a number of industry experts Canadian organizations are cautious about using cloud providers if there’s any chance of personal data being stored outside the country. This is in part because of fears that American officials could access data through the U.S. Patriot Act.
Share this
0 likes
Related Articles
0 Comments