One catch is that customers who sign up for the service need to buy a “gold-level” support package, which costs $400 (€306) per month. But while it may cost a pretty penny to get access to the same hardware that Google uses to power the world’s most popular search engine, it is at least no longer an invite-only beta service. Some say that Google is one of the companies that could give Amazon Web Services-seen by many as the market-leading IaaS provider-its biggest competition. 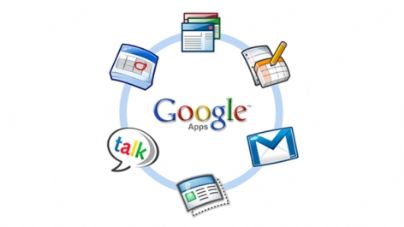 There are a variety of opinions on that topic, though. Others believe Azure, the cloud platform Microsoft recently made generally available, could be a fierce competitor to AWS as well.

Brian Goldfarb, the marketing executive in charge of Google’s cloud platform, gave an outline of the company’s latest plans. What’s Google’s play in the cloud?

It is helpful to think about Google’s cloud offerings in the context of the company’s larger strategy, says Goldfarb, who heads cloud platform marketing for Google. The company, he says, is taking its 13 years of experience running advanced infrastructure and making it available as a cloud-based service accessible anywhere in the world.

The company, he says, is creating an “end-to-end offering that provides a collection of services that span the gamut of what we think developers, IT professionals and businesses need as they’re developing these types of solutions: infrastructure as a service (IaaS), platform as a service (PaaS), storage as a service, big data and analysis as a service, and it will go on and on as we expand out those capabilities.”

The first major cloud service that came out was Google App Engine (GAE), a platform as a service (PaaS) offering, which gives users the ability to build custom applications and not have to worry about dealing with the compute resources required to run them.

This month, Google took the beta tag off of Google Compute Engine (GCE), an IaaS offering that enables users to create virtual machines (VMs), boot them up, take advantage of virtual networking, and have all the components of an infrastructure offering, Goldfarb says.

These services go along with a storage service named Google Cloud Storage (which is separate from its consumer-oriented Google Drive); Google Big Query, a SQL-based business analytics service; and CloudSQL, a database as a service offering.

So what is the difference between Google Compute Engine and Google App Engine?

GCE is a pure-play IaaS offering, providing hardware resources to customers on a pay-by-the-hour pricing model, whereas GAE is a platform for building applications. “Basically, with GCE we provide the uptime, the hardware, the pipes and the management, and users are responsible for the operating system and up-when things get patched, what languages are used,” Goldfarb says. “That’s opposed to GAE, which takes these services one step further up the stack. In GAE users are relinquishing more control; we’re defining the operating system, the platform, and maintaining it. This higher-value service provides users the ability to auto scale no matter the incoming load. Customers don’t have to worry about patching or managing a server and they can focus solely on the code and the data running in that app.”

What have been the most common use cases Google has seen for its Google Compute Engine through the beta phase?

GCE excels in high-performance computing at large scales with thousands, to tens of thousands of nodes with “incredibly fast throughput,” Goldfarb says. Many media video processing, research and object coding functions have been completed on the IaaS offering through the beta stage thus far. Many customers come with multi-instance high-volume workloads: “We’re not seeing a lot for single-server cloud instances and a small amount of traffic,” he says. “That’s where GAE tends to make more sense.”

Are these offerings direct competitors to Amazon Web Services?

“Absolutely,” Goldfarb says, and the rollout toward general availability has already begun. Google wants to continue working closely with customers who use GCE, though, which is why the company has released GCE in only a limited availability, with a required $400 per month service pack. “We still want to have a close relationship with customers,” he says, to ensure they are happy and service needs are being met. The services are evolving rapidly, he adds, with monthly iterations both internally and externally and new updates on a weekly basis.

The goal of these services is to expose the same hardware and platform that Google uses to run its own services-from Gmail to YouTube-and sell it as a service to customers, Goldfarb says. That means its powerful data infrastructure and analytics software will one day be exposed to customers. “We envision a world where everyone, both Google and its customer, is backended on the same Google data centres on a consistent set of APIs,” he says.

Right now, though, the service is focused on migrating existing business applications to its cloud, and being the place where new “greenfield” applications are developed and hosted.