Businesses Use the Cloud to Stay Competitive

For mobile solutions developer Mobiquity, running a business in the cloud makes perfect sense. As a startup, Mobiquity made the fiscal decision to leverage cloud-based infrastructure versus building out costly on-premises services. In the beginning, it used Google Apps and cloud-based storage. That was then. As demand soared for enterprise ­mobile solutions, applications and websites, Mobiquity, too, grew exponentially, says Infrastructure Architect Tim Harney. 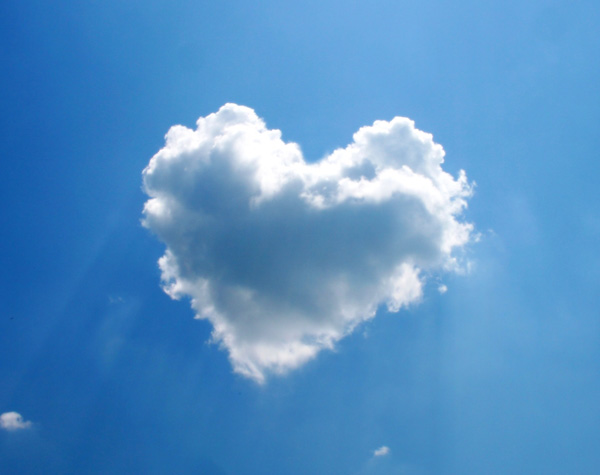 The Boston-area company launched in April 2011 with just a handful of employees. By the end of 2012, it had 160 full-time people. And the company — whose clients include Weight Watchers, Fidelity and the New York Post — expects that in 2013 it will employ nearly 300 people. That doesn’t mean it’s outgrown the cloud.

“As the company grew, we found that in Google Apps, there was no real sync tool to integrate Microsoft Outlook on a Mac,” Harney says. “I got some feedback from people wondering why we couldn’t use Microsoft Exchange.”

Although some change was inevitable to support a growing workforce, ­Mobiquity stuck with the cloud, signing on to use Office 365, Microsoft’s cloud-based offering. Harney says the company determined Office 365 was mature enough, with the applications and IT services ­Mobiquity needed. With Office 365, users could sync calendars and contacts from their notebooks to their smartphones, and ­Microsoft’s Lync Online added instant messaging, VoIP calls, web conferencing and video chat to the mix.

“From an IT perspective, it’s great for me,” Harney says. “Instead of running a separate system for chat, web conferences and [conference bridging], we now have one system we can maintain and support.”

Harney says Microsoft also has some new offerings that Mobiquity plans to use. Now that Microsoft has integrated enterprise social media site ­Yammer into its product mix, Harney says it’s possible to start a chat in Yammer, bring up a document via SharePoint and then ­collaborate on shared screens in Lync ­Online.

“All of those apps are in the cloud and let users quickly transition to what they need to do,” Harney says. “We’ve been in the cloud from the start, and even as we grow, we’ve decided there’s really no need to incur the huge costs of building an on-premises infrastructure.”

“Businesses have finally realized that the cloud is real,” says Mark Bowker, a senior analyst at the Enterprise Strategy Group. “If the IT staff is not thinking about cloud computing, then you can be sure there are executives above them who are. The reality is that companies need to look at different ways to deliver IT.”

Beyond cost savings, companies deploying cloud applications and services point to other benefits. Survey respondents cited increased efficiency (55 percent), improved employee mobility (49 percent), a greater chance to innovate (32 percent) and the ability to free IT staff for other projects (31 percent) as key benefits of cloud computing.

For Aplicor, a software as a service company in Boca Raton, Fla., that offers customer relationship management, enterprise resource planning and financial software, opting to use CDW’s cloud-based infrastructure services made the company more efficient.

“We were running three data centers, in the United States, Costa Rica and the United Kingdom,” says Aplicor CIO Neil Redmond. “After six years we decided that we didn’t want to mount servers and racks anymore, that it made more sense for us to focus on our core competency, which is software delivery. The ROI case was not nearly as important as delivering the best possible solution.”

By not investing in data centers, the company can pass on the savings to its customers, Redmond says.

“We just decided that we’re not in the business of building data centers,” he explains. “We looked at our competitors and saw the huge capital investment they were making. We decided that CDW could deliver high-quality data center serv­ices that are scalable and secure.”

Redmond says that the U.S. and Costa Rican facilities have been consolidated and are now managed by CDW. The data center in the U.K. is still managed by Aplicor, but the company plans to sign on with a European managed services company later this year. “Under this new format, we can now scale up data center services as we need them,” Redmond adds.

Turning to Outside Resources

Although increased efficiency topped Aplicor’s wish list of cloud benefits, Essex Property Trust, a property management company in Palo Alto, Calif., looked to the cloud to free up scarce IT resources. The company manages 160 properties along the West Coast.

“We are not an IT-focused company, so anything we can do to make IT easier is a really big deal for us,” says Matt Clark, the company’s director of IT.

Essex Property Trust uses a cloud-based wireless networking service from Meraki, a division of Cisco Systems. Clark says that in the past, the company deployed wireless routers and controllers to all 160 of its sites, plus a centralized controller at its headquarters in Palo Alto. Today, that wireless network is managed in the cloud by Meraki’s network management service. Each site’s wireless router arrives from the factory with its own unique serial number. All Clark has to do is type the serial number into the Meraki dashboard before deployment, and within five minutes it’s connected to the network.

“We don’t have a networking staff, and roughly 400 of our 1,100 employees don’t even use computers,” Clark says. If Essex Property Trust were to manage its wireless network, he estimates it would have to hire two or three high-priced network managers. “With the Meraki serv­ice, it lets us have that type of networking ­capability without having to add staff. It’s just so easy to go to the Meraki dashboard to pull down reports, make configuration changes and generally see what’s going on with the network.”

All indications from the CDW survey are that companies will continue to sign on for cloud services. According to the survey, the top applications deployed by small businesses are storage (40 ­percent), conferencing and collaboration (37 ­percent) and messaging (36 percent). For midsize businesses, the top cloud applications are ­storage (35 percent), messaging (33 percent) and ­office and productivity suites (32 percent).