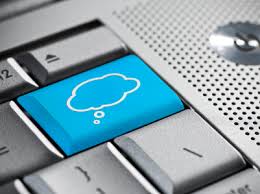 The National Science Foundation has awarded 468 thousand dollars to B.U. Professors Ping Yang and Kartrick Gopalan as they seek to improve how the cloud stores data. Using a process called virtual machine migration, cloud systems currently store information from many different users on a single machine or across multiple machines. The B.U. research looks at ways to keep the data secure and to improve the way its moved across different networks. Gopalan says cloud computing is still an expanding technology.

Katrik Gopalan says, “Microsoft, Google and Amazon are expanding their footprint in the cloud area by deploying more data centers.  Because their user growth is still showing an upward trend.  It’s not something that’s saturated but is still in significant growth.”

The grant will cover salaries for PhD and Masters degree students working on the project over the next 3 years. Gopalan says the goal is to eventually license the prototype or otherwise transfer the technology to industry.