Automatica Brings Dropbox and Cloud Storage Files to Your Car

USB ports are slowly but surely becoming standard on most new cars rolling off the lot these days. All those new cars are coming ready to sync up with mobile devices, bringing online entertainment into the car in a way that doesn’t leave you using your device while driving. Which should never be happening anyway. 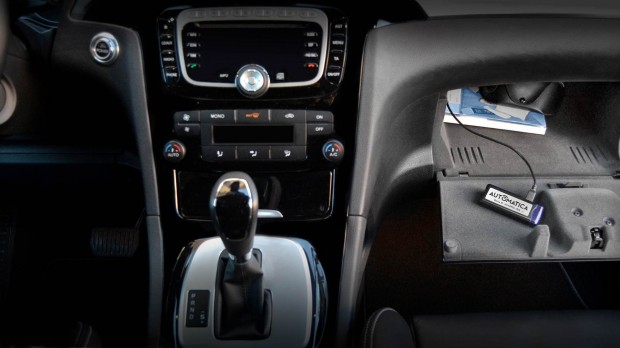 Automatica is a new device designed to take advantage of that new in-car connectivity. The small device connects to the car’s USB port, and in so doing brings audio files stored on your cloud services into the car. After initial configuration using a computer – basically, telling the device which cloud service accounts and folders to sync with – you’ll be able to leave it hooked up to the car indefinitely. Automatica will, true to its name, automatically update its local cache with updated content every time it comes within range of a Wi-Fi signal.

Automatica has enough internal storage to hang on to 24 hours worth of audio, but that can be expanded by using a MicroSD card. The device can sync up to Box, Dropbox, Google Drive, Microsoft SkyDrive, and various podcast channels. You can pre-order Automatica on the product’s website for about $100. If you do that now, you’ll be able to create an Automatica account and get all those configuration steps out of the way, so you’ll receive your device ready-to-use. There is a service to subscribe to, but the first two years come with the purchase of the Automatica.