Amazon: Intel Is Inside Our Cloud

Intel Inside. It was a label that became prevalent during the height of the PC era. Intel had tired of powering so many PCs and servers without its brand reaching the public and it succeeded in putting its own brand on the machines as well. 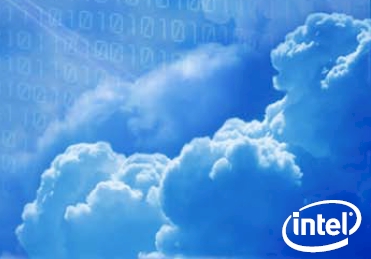 Now, Intel is increasing its visibility in the cloud, which, until now, has been processor anonymous. Intel scored a marketing coup by getting Amazon to agree to put its “Intel Inside” brand on the consumer screens of Amazon Web Services.

Intel Xeons are powering most of AWS EC2 compute cloud and related services. Amazon released a list of the processors it uses. Xeon chips were behind most of them, except for its smallest, micro server instances, where Amazon noted the CPU used was “variable.” Smaller processors than the Xeon can power micro instances, and Amazon may have left itself just enough elbow room to use AMD or Intel’s own Atom processors there, as well as Xeons.

Ariel Kelman, Amazon’s head of global marketing based in San Francisco, came on stage briefly at the Intel Developer Forum Tuesday to announce AWS’s adoption of the Intel branding. The developer conference is being held at Moscone West this week in San Francisco. Kelman said Amazon will be running some customer instances on new Xeon E5-2600, second generation, Sandy Bridge chips before the end of the year. The E5-2600 is a two-socket CPU.

HP, Dell, IBM, Cisco, Fujitsu and Oracle produce servers using Sandy Bridge Xeons. The gamut of AWS services are basically running on various Xeon chips today. They are aimed at the data center market, as opposed to consumer PC devices, and include large amounts of cache and maximum CPU speeds. The ES-2600 v2 comes with up to 12 cores per CPU, up from eight in the first version launched in March.