Amazon Web Services head Andy Jassy says that if the new Sydney Region AWS unveiled overnight gets the kind of take-up that the cloud business has seen in other regions, more data centres will be in the pipeline. 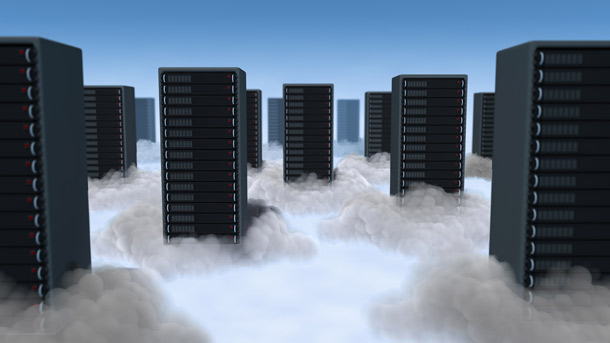 “We have a pretty rigorous and regular capacity planning process,” Jassy says. “We have pretty sophisticated models that we’ve refined over the last six-and-a-half years and we review them pretty carefully with a group of people every week.

“And we do that because when you decide you need more data centres you can’t make that decision and have them pop up in a week. There’s pretty significant lead time to having new data centre capacity, and so it’s purely a decision of how fast demands growing.”

“While we’ve launched with what we consider a pretty significant footprint that should last really any level of growth for a bit of time, I would say that in new regions that we’ve launched over the last few years we’re consistently surprised at how fast they’ve grown,” Jassy adds.

Jassy says that almost from the start of AWS, Amazon.com’s cloud computing arm, the business had anticipated launching an Australian region.

“We had anticipated we would have a region here in Australia just because the amount of technology spend is very high here and also because from the beginnings of AWS, even though we didn’t have infrastructure anywhere near Australia, we had lots of Australian customers using AWS,” Jassy says.

When the Singapore Region launched in April 2010, Jassy visited Australia and says that there was strong interest in using the new Region because of the likelihood of reduced latency compared to using Amazon’s European or US-based data centres.

“We had so many customers who were telling us, ‘Look we have a portion of our workload running on AWS now, but if you had a presence in Australia we’d move the rest of them.’ And a lot of customers we were talking to for a long time, like CBA, said ‘We really want to leverage what you’re doing but we really want you to be here in Australia.'”

Jassy says that the relative weight customers gave latency and the on-shore hosting of data varied.

“There were a lot of applications where latency mattered. so whether this was games or websites, customer-facing websites, things that needed quick responses, they weren’t going to put them in AWS until we had infrastructure here where the latency was single digit latency or inside of 50 milliseconds”

However, “there’s a disproportionate amount of enterprises here in the technology spend here than there may be in other countries, And for a lot of those enterprises, particularly in some of the industries that are more regulated, it was important for them to have the data in-country,” he adds.

AWS expects to launch a technical support office in Sydney “in the early part of 2013”. Currently Amazon has three Australian subsidiary offices; one each in Sydney, Melbourne and Perth, largely staffed by people in sales, marketing and business development roles. Jassy doesn’t know the exact number of support staff AWS will have in Australia but says he thinks it will “be a meaningful number”.

“We’re not talking about five or 10 people,” Jassy says. “I think it will be several dozens of people. And like anything that we’ve experienced so far in our business, as business grows and demand grows and regions grow, we invest more resources there.”

Earlier this year when Rackspace opened an Australian data centre, concerns were raised as to whether the data within it could be subject to US data access laws. Jassy says that Amazon is subject to US law because it is headquartered in the United States, but adds that “the Patriot Act is a lot less severe than many of the data access laws that exist in other countries in which we regularly operate”. “And, notwithstanding that, I would say that none of these data access laws that exist across the world have really had any meaningful impact on our customers or on our business… it’s not really a factor,” he says.

“It’s something that sounds interesting but in practice really hasn’t been an issue.”

Although the National Broadband Network (NBN) wasn’t a driving factor in AWS establishing a presence in Australia, Jassy considers it “a very large benefit” of operating in the country. “I think the NBN will open up all kinds of new application capabilities,” Jassy says. “I actually think it will end meaning that there will be many more innovative application possibilities for companies that will invariably use the cloud.

“So I think it’s good for the cloud as well, but I also think it’s great for citizens and companies here because it enables so many new types of capabilities and applications.”