The presence of cloud computing as a tool in business is getting a reaction almost as though it’s something new. There’s a lot of attention being paid to advances mostly as a result of affordable, scalable SaaS solutions. These solutions allow for a mobility and ease of access for which older systems didn’t allow. 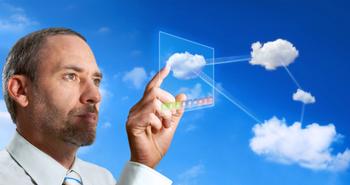 Given that they’re a symptom of the newer cloud computing push, they’re of course serving to earn accolades for the cloud that it did not have previously.

Of course, cloud computing in business is not brand new. It largely went unrecognized for what it was for such a long time, largely due to the fact that it wasn’t referred to as ‘cloud computing’. As a result, people often fail to make the proper connection between the present and the past, and to realize, in retrospect, that it’s always been around.

Cloud is a buzzword that in many circles has lost all meaning, but there is a true definition for the concept. To be honest, it’s essentially a formal and catchy term for data being handled on a server and delivered through TCP/IP. To a great extent, it’s just “stuff that goes over the internet, usually with a browser.”

Server farms are what these were once called, and businesses have used them for years. Originally, they weren’t offsite, but once bandwidth and security allowed it, data centers began leasing servers to businesses to serve as rental super computing powers. Oil companies, engineering companies and large enterprises with a lot of variables to calculate in business strategy have used these since the early 90s in fact.

But, what’s changed? Why does it have a new name, and why is it so popular? Well, because of the omnipresence of the digital world in our lives, everyone has something constructive they could do with supercomputing power, networking and storage.

Modern convenience makes this concept an affordable reality, and in many cases, it’s almost free. But, we’re talking about cloud computing in business, and what’s been done to advance it specifically.

Well, as said before, SaaS does allow for mobility and negation of distance, so that a business with travelling employees is not out of commission due to distance or being en route most of the time. Beyond this, though, there’s a standardization to be had from the cloud that was once not possible.

Cloud computing and SaaS give businesses a set of interoperable tools to track many assets of their business, and allows businesses to grow independent of their location or distance between offices. This kind of solidarity allowed by BI, ERP, CRM and training services makes business a much more reliable and controlled environment than the chaos that preceded it.

On top of this, leasable supercomputer resources like this give even small businesses the raw computing power they need to calculate trends and run deep analysis to find problems and remedy them. Thanks to these advances in SaaS, this supercomputing power is represented in the same fashion their old traditional software was, but with the insurmountable power of a server farm behind it.

In the past 10 years, we’ve seen cloud computing in business evolve from a dedicated remote super computer terminal into a publically-accepted scenario of business software being part of the internet. Quite a transition, but probably one for the best.