A Sneak Peek at the Next Wave in Cloud Computing 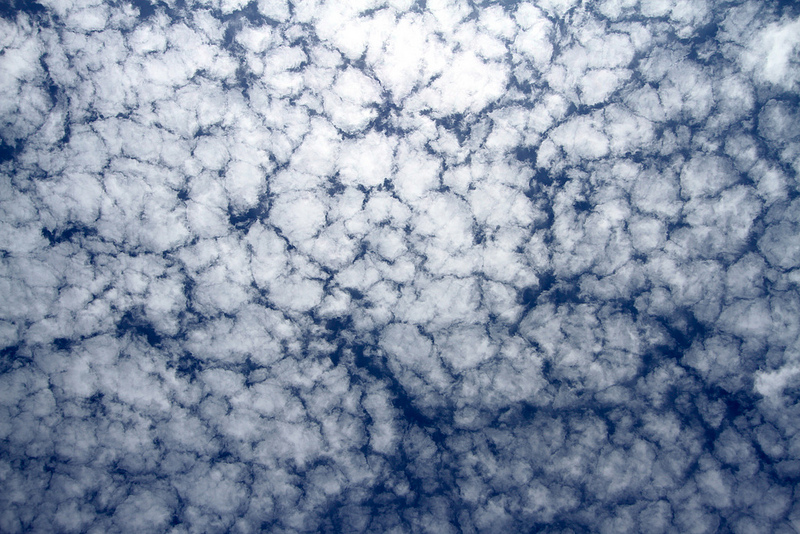 With its enormously popular collection of web services — services where anyone can build and run their own online software without setting up their own hardware — Amazon is well out in front of the cloud computing competition, just as Apple was in the mobile game with those seminal creations, the iPhone and the iPad and the iOS mobile operating system.

What we need now, Carlson says, is an Android of cloud computing, something that can challenge Amazon in much the same way Google’s open source mobile operating system challenged Apple. Amazon Web Services are great, he explains, but much like the iPhone and the iPad, they’re controlled by a single company. What we need is a cloud computing substrate that can spread across the industry, a platform that frees the world from the whims of Amazon — and gives us the power to readily move our applications from cloud service to cloud service.

“They continue to innovate. They create great products,” Carlson says of Amazon. “But the tradeoff is: It’s a black box. You have to go with one vendor, and you have to do it their way.”

It’s a common complaint, and — more than a half decade after the debut of Amazon’s seminal web services, known as EC2 and S3 — so many companies are striving to build what they see as an open source version of these services, a version that any other cloud outfit can not only use but modify. This includes everyone from Rackspace and other companies behind the open source OpenStack project to VMware and EMC, the tech giants that have fashioned something called Cloud Foundry.

But Carlson believes that, in the cloud world, no one has yet found the right way of duplicating the success that Android found in the mobile game. And he aims to fill the gap.

That’s a tall order, to say the least. But Carlson is a veteran of the cloud wars, having built a well-known service called AppFog, and now that AppFog is owned by telecommunications outfit CenturyLink, he has the resources needed to expand his vision of the perfect cloud platform.

At CenturyLink, Carlson is building a platform he calls CTL-C. That’s a geeky name that refers to a keyboard command often used by software developers, and this new platform uses some rather geeky open source technologies, including a hot new developer tool called Docker. But the aim is to create something that hides all this geeky stuff from the world’s developers and tech-minded businesses and just gives them a way to quickly and easily run and manage their applications and, if need be, move those applications wherever they want to move them.

In Bed With the Cloud

Lucas Carlson was lying in bed one night with his wife, at their home in Portland, Oregon, when he had a new idea: Heroku for PHP. That’s the kind of idea you get if you’re a coder. Heroku is a rather important cloud service that can run rather large online applications, and PHP is a programming language that lets you build applications.

This was in 2010. At the time, Heroku was mounting a challenge to the way Amazon did things. Basically, Amazon offered the world raw virtual machines where people could run any software they wanted to, but Heroku hid some of the complexity that comes with using virtual machines, offering simpler ways for developers to build applications.

The idea was so catchy, tech giant Salesforce.com bought the service in 2010. But Heroku wasn’t without its limitations. Among other things, it only let you run applications built in the Ruby programming language. As he lay in bed with his wife, Carlson decided the world needed a version of Heroku that could handle PHP, another popular language among web coders. So he wrote up the idea and chucked it onto Hacker News, a popular online hangout for hardcore developers. “Usually, when I get an idea, I feel like writing code and building it,” he says. “But that night, I was too lazy.”

He called the idea PHPFog, and before he knew it, 4,000 people had signed up for the thing — even though he hadn’t actually built it. Three years later, after it was up and running, nearly 100,000 developers had signed up.

Clearly, coders dug the magic of PHPFog and similar services, which belong to a category of cloud computing called “platform-as-a-service.” And they appreciated it when Carlson transformed PHPFog into a more general service, called AppFog, that executed code written in multiple languages, not just PHP.

The trouble, Carlson says, is that businesses didn’t reach the point where they were consistently spending big money on platform-as-a-service. Traditional enterprise companies were reluctant to move their code onto yet another web service controlled by someone else, and sometimes, the platform-as-a-service idea just wasn’t suited to running existing software applications. You can often just hoist old applications onto Amazon’s simpler “infrastructure-as-a-service,” but things like AppFog are attuned to a newer way of building software.

Carlson envisioned a more complete set of services that he was convinced developers and big companies would adopt, something that could usher in widespread adoption of cloud computing. But he lacked the infrastructure, brainpower, and money to turn his vision into a real product.

That has now changed. CenturyLink acquired AppFog in June, and earlier this month, the telecommunications outfit gobbled up cloud computing provider Tier 3 and took on additional tools for coders at companies both small and large. The next big step is CTL-C.

The Android of Cloud Computing

CTL-C is different, Carlson says, from other Amazon challengers. It’s not an infrastructure-as-a-service. And it’s not a platform-as-a-service. It’s a third thing that combines the two.

He knows that developers and technology vendors are converging around OpenStack, a software project that lets companies create cloud-like services inside their own data centers. But he believes it’s a “big misconception” to think of OpenStack as the Android of cloud computing.

What OpenStack really does, Carlson says, is offer an open source version of vSphere, the proprietary server-virtualization technology sold by software company VMware. Virtualization is the basis for Amazon’s Web Services, he explains, but people want something more than that. They often pay to use Amazon’s cloud for services that run atop its virtual servers, including databases, other ways of storing information, and all sorts of developer tools.

CTL-C aims to go beyond raw virtualization, and it aims to do this in a way that will make life even easier for the developers and businesses who will tap this service.

First off, the new platform will make use of the technology that underpins AppFog. The number of developers signed up for AppFog has only increased since CenturyLink bought the service, says Jonathan King, a CenturyLink executive who has worked with Carlson on realizing his vision for a new model of cloud computing. Obviously, AppFog technology has value to developers who want to easily build applications, and it will be part of the new vision.

But the world wants more than this. They still want infrastructure-as-a-service too. Carlson pictures both of these pieces running side by side. “What if you could have different components interacting as first-class citizens with each other?” he says. “That’s how you build complex, distributed applications.” Others have done something similar, including Microsoft, with its Windows Azure services. But Carlson wants to go even further.

He wants to add in technology from Tier 3, like more granular controls and management tools for the cloud infrastructure. And, crucially, he wants to include Docker, an increasingly popular way to take application code, package it up neatly in a digital version of a shipping container, and move it from one computer to any other.

“I think that Docker is the kind of technology that can be used to enable better enterprise solutions for cloud adoption,” he says. “I think it doesn’t have everything, but I think that its a very interesting building block, a stepping stone toward enterprise adoption of cloud.”

Docker was open-sourced earlier this year by a developer named Solomon Hykes and his company, originally called dotCloud but now known as Docker too. Carlson says it reminded him of a major technology shift he saw while he was still in high school: virtual servers becoming more affordable and popular than dedicated servers. Instead of paying $200 a month for a good dedicated server, you could use a virtual machine for $20 per month.

With Docker, the economics get even better. Virtual machines let you run many applications on the same physical server, and Docker does too. But it’s more efficient, letting you sub-divide servers even further. “Before, you had a virtual server that cost you $20 a month,” Carlson says. “What if you could now be charging $2 dollars a month, or 50 cents a month per Linux container?”

The container concept first took hold years ago, in a different open-source project commonly referred to as LXC. But the Docker team has done quite a bit to make containers easier to use, says Eli Collins, who once worked on processor virtualization at VMware.

But, Collins says, there’s a trade-off when you start using Docker containers rather than virtual machines. Nowadays, it’s often easier to move applications from virtual machine to virtual machine, just because that’s what everyone uses.

That said, the Docker project aims to change that. It aims to spread the container technology across the industry, so that it too is as widely used as virtualization. The important thing to remember here is that Docker is open source, just like Google’s Android operating system.

According to Hykes, many other companies are already looking to use Docker. He’s reluctant to say that the technology could be the Android of the cloud, but he believes it could be a piece of such a platform.

That’s pretty much what Lucas Carlson is saying too. Carlson says his new service will offer not only Docker containers but virtual machines and what has traditionally been called platform as a service. But he doesn’t see these a three separate things.