A new data destination up in the cloud

In ways that Google has become synonymous with search, Facebook with networking, tweeting with being concise, on the horizon is Dropbox for sharing. Folks are already saying, “I’ll Dropbox the file for you to download.”

At the turn of the decade, while people were expecting cloud computing to revolutionise the computing paradigm, it seems to be trickling in late as subtle practices altering users’ computing etiquette. Small-scale attempts such as Dropbox are gaining momentum, while behemoths such as Google, Apple and Microsoft are now moving fast to get a share of the common man’s cloud. 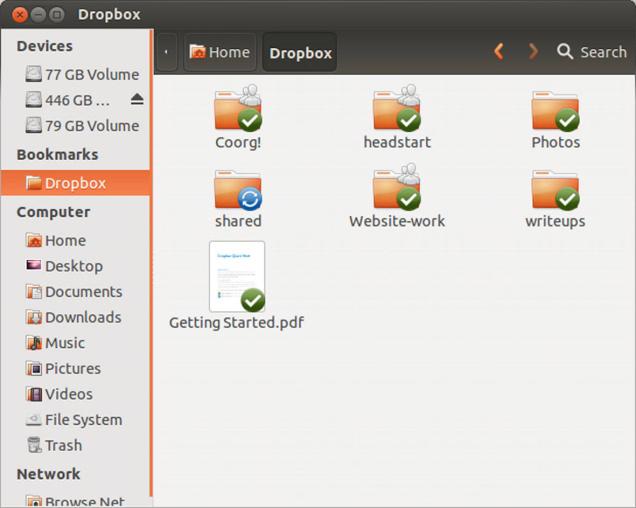 Think no computers, but look at the clouds for a minute. Clouds are opaque, and they are growing constantly by coalescing smaller clouds into them — the ensemble grows to become one mass.

In computer networks, scaling up resources has always been akin to inviting a crisis. For instance, when an organisation grows from 40 employees to 200, not only does a part of its network infrastructure become redundant, but it also has to make room for additional users. And then there is the arduous task of migrating all the existing user data.

Enter cloud computing, and the biggest promise it has brought with it is seamless scaling. Whatever might be the resource demand in terms of storage or computation, the mega installations of fast-performing servers with high-speed networking (cloud) as is claimed by cloud service providers, hides the entire scaling burden from the users, simply allowing the networks to grow.

Cloud computing, when stripped of the hype that surrounds it these days, can be understood to be in the nature of a vendor-consumer transaction. While consumers hire computing resources from the vendor’s infrastructure over the Internet, service providers lease services, which can be either in terms of infrastructure or software resources. When a user leases a few gigabytes of storage space, or a virtual machine running on the service provider’s installation, in cloud jargon it is Infrastructure as a Service (IaaS) or Software as a Service (SaaS).

Dropbox, a start-up, which was born in 2007, offers storage IaaS. Like many other Internet ventures, Dropbox offers its service on a ‘freemium’ (portmanteau of free and premium) basis. It lures users with a free cloud storage account of 2 GB, and charges a modest premium for more storage capacity or for advanced features. Dropbox achieved viral growth in this niche domain soon after it started operations; it currently has 50 million plus users.

The primary reason for the runaway success of Dropbox is not simply the free storage it provides, but the thoughtfully added feature additions that come bundled with the storage. For instance, one very useful feature of Dropbox is the “synchronising” application written in the Python programming language, which runs on all operating systems as a client. Users need not log on to a Web browser to access their cloud account. A local folder on the user’s computer is automatically configured to upload and download content from the Dropbox account, and reduces the to-and-fro commute to the Website.

Handing over one’s data to a third party is more or less like entrusting your savings to a third-party bank. The scepticism about the security of users’ data on the cloud has been the biggest roadblock for cloud enterprises.

In August 2012, many Dropbox users found their accounts cracked into, data stolen and their privacy compromised. This spam attack was immediately patched by Dropbox with apologies and upgraded security features.

Prachet Verma, a student, uses Dropbox extensively to collaborate with peers, and is hooked to the nuances that Dropbox offers. “The compromise of trusting my data to a third person in case of Dropbox is worth the risk, for it firstly removes the paranoia of losing data on my local drives.”

Moreover, he says the public link option in Dropbox is an “excellent feature”, using which I can share files even with people not connected to Dropbox. “No longer do I worry about the file limit for attachments in my mail,” says Prachet. The case of Dropbox, and in general cloud computing, will take interesting turns in the months ahead with big players bootstrapping for the race to the cloud.

Google with its Google Drive, Apple with iCloud, and Microsoft with Skydrive are all diving in. Clearly, Dropbox will have to build on the trust it already enjoys among existing users to stay ahead on the cloud.