Singapore will produce data totaling 377 exabytes by 2020, doubling in volume every two years and growing eight-fold from just 46 exabytes in 2013.

The average household in the country today creates enough data to max out 65 Apple iPhones a year, and this number will grow the 318 iPhones by 2020, according to the latest Digital Universe study conducted yearly by storage vendor EMC. Researched by IDC, the study looks at how the adoption of wireless technologies and smart devices is driving data volumes across the globe. 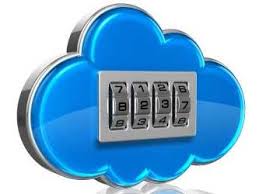 A key growth driver of Singapore’s digital universe is the emergence of the Internet of Things (IoT), where the number of Web-connected devices including sensors in the country will grow from 2 percent last year to 10 percent in 2020.

According to the study, the volume of storage capacity available across all media types is expanding slower than the digital universe, with the ability to contain just 33 percent of the world’s data in 2013. By 2020, available storage worldwide will be able to contain less than 15 percent of the digital universe. The good news, though, is most data generated is transient such as video streaming and game interactions and does not require storage.

Also by 2020, some 40 percent of the world’s data will have a cloud element, compared to less than 20 percent last year. In Singapore, the increasing demand to put data online has pushed government spending on cloud systems to better facilitate collaboration and transparency between the country’s various ministries, the EMC study noted.

This, however, has brought about significant challenges for businesses to manage, store, and protect the data. According to the study, 51 percent of Singapore’s digital universe is secured, compared to the global average of 20 percent. IDC projected that 40 percent of the world’s data requires some level of protection, the study noted, which added that while consumers create two-third of the world’s data, enterprises are responsible or liable for 85 percent of this data.