Dispelling any lingering doubt that IBM sees cloud computing as the way of the future, the company announced that it will invest $1.2 billion this year in expanding its global cloud infrastructure. 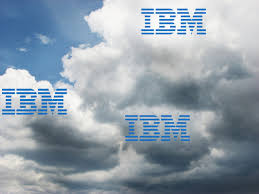 “Having lots of data centers in lots of different countries around the world will be important in the long term,” said IBM SoftLayer CEO Lance Crosby. “We want the world to understand that cloud is transformational for IBM.”

The company plans to open 15 new data centers this year, more than doubling the cloud capacity it acquired when it purchased SoftLayer last year for $2 billion. It plans to combine the new data centers, the existing SoftLayer data centers, and the data centers it already ran before the SoftLayer purchase into a single operation that would provide public and private cloud services to its customers, as well as provide services for internal operations.

While IBM has remained relatively quiet about its cloud plans, at least in comparison to Microsoft and Amazon Web Services, it has been busy preparing for the cloud-centric future, said Rebecca Wettemann, a vice president at the enterprise IT analysis firm Nucleus Research. This announcement is the logical next step for the company, Wettemann said.

“IBM has always taken a measured approach to announcements. But IBM has quietly been running data centers for a long time, and the IBM cloud has been established,” she said. “We’ve seen a slow transformation of IBM from a services company to a software company, and now to a cloud company.”

Since 2007, IBM has acquired more than 15 companies with cloud computing software or expertise, spending more than $7 billion in the process. “Through acquisition, IBM has really done a good job of retaining people who can grow this business,” Wettemann said.

In fact, the SoftLayer acquisition of last August plays a key role in the new expansion. Thanks to its easy scalability, the architecture and supporting software that SoftLayer developed for its own operations will serve as the foundation for this unified IBM cloud.

“Everything at IBM going forward will reside on the SoftLayer infrastructure-as-a-service,” Crosby said.

Building on SoftLayer’s services, IBM will offer a global IaaS (infrastructure-as-a-service) as well as the hundreds of IBM PaaS (platform-as-a-service) and SaaS (software-as-a-service) offerings. IBM’s recently announced initiative to commercialize Watson-style cognitive computing, for example, will take advantage of the global cloud.

Initially, IBM will open data centers in Washington, London, Hong Kong, Toronto, Mexico City and Dallas, as well as in cities in Japan and India. Additional locations will be announced later in the year. IBM plans further expansions next year, setting up new locations in the Middle East and Africa.