Fujitsu has acquired RunMyProcess, a French startup that helps companies integrate on-site and cloud-based services. The startup offers API “connectors” for online services such as Google Apps that allow the services to talk to existing databases and other online services. This means a customer could keep its existing backend and switch to online forms or spreadsheets hosted by Google, for example, and made available via a browser. 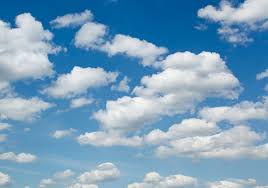 RunMyProcess also offers connectors for other cloud-based providers such as Salesforce.com and Oracle CRM. It also offers to replace older systems with cloud-based offerings, as with a service that promises to migrate Lotus Notes to Google Apps.

Fujitsu said it will move to quickly integrate its new purchase into its own growing suite of cloud-based services. The company said the RunMyProcess platform, which offers a modular set of interfaces and tools, will help it respond more flexibly to client demands.

The acquisition will also allow Fujitsu to offer clients partial cloud solutions, instead of massive all-in-one projects. The approach taken by RunMyProcess is less dramatic than fully cloud-based solutions, which often try to move existing software onto remote servers. It is also cheaper, with plans that run from from US$40 per year.

The companies announced the deal Monday, without revealing terms. RunMyProcess was founded in 2007, and the company said it has worked on 300 projects in 45 countries.

Separately, Fujitsu said it will also launch a new software development center in the U.S., which will become the hub of its cloud-based services business.