Yesterday I had the honor of being included in Charles Babcock’s InfomationWeek list of early cloud pioneers. It’s a great list and includes an extensive group of early cloud trailblazers including James Urquhart, David Linthicum, Michael Crandell, John Keagy and others. Although an impressive list, I couldn’t help but think it was missing a few of the folks I’ve looked up to in the early years of cloud computing. So without further ado, here’s my list of a few early cloud computing mavericks. 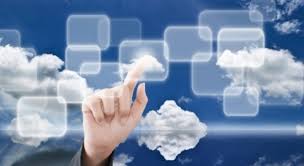 You can’t have a list of early cloudy folks without including Moshe Bar. He is arguably one of the most prolific entrepreneurs in the early virtualization and cloud computing space. His earliest claim to fame was as the main developer and project manager of the openMosix project. Created in 2002 openMosix was a free cluster management system that provided single-system image (SSI) capabilities, e.g. automatic work distribution among nodes. It allowed program processes (not threads) to migrate to machines in the node’s network that would be able to run that process faster (process migration). His work with openMosix is in my humble opinion the basis of all IaaS platforms today. He later went on to form Qlusters Inc, an early data center infrastructure tool then later founded the company behind the Xen hypervisor, XenSource, which was sold to Citrix for US$ 500 million in 2007. If that wasn’t enough he went on to co-founder Qumranet, creator of KVM virtualization, which sold a year later to Red Hat  for US$ 107 million.

Another early innovator in the cloud space, and one of the people who inspired the first generation of my Enomaly IaaS platform back in 2004 is Kate Keahey. She is a scientist at the Argonne National Lab and a fellow of the Computation Institute at the University of Chicago. Her research focuses on virtualization, policy-driven resource management, and various aspects of obtaining quality of service in the Grid environment. She leads the Globus Toolkit Virtual Workspace (renamed Nimbus) that develops methods for dynamic deployment of virtual appliances and is arguably the first true IaaS platform.

Khaz is an interesting character, the first employee at Enomaly Inc, his job was essentially to develop the crazy ideas I’d come up with. Khaz was involved with some of the first commercial projects deployed on Amazon EC2 including a cloud centric Video / 3D render farm for NBC Universal in September 2006, even 7 years later this projects remains one of the best examples of a “Cloud Bursting” architecture. He also created one the first and largest Cloud computing focused user groups on Google as well as Linkedin and more recently has developed a series of Cloud computing conferences.

Do you use KVM virtualization? Although Moshe Bar sold his company to RedHat for millions, it was thanks in part to the work of this man. Fabrice Bellard, a computer programmer who is best known as the creator of the FFmpeg and QEMU software projects. Fabrice Bellard’s entries won the International Obfuscated C Code Contest twice. He is in many ways the grand father of modern hardware accelerated virtualization. Projects like OpenStack would not exist if not for his contributions to the sector. He is often emulated, never duplicated.

Miloushev was the co-founder of 3Tera and the company’s original CEO. Founded in 2004, 3Tera was in many ways the first commercial utility computing platform. Unfortunately he died in August 2007 from a brain aneurysm at just 45 years old. Barry X Lynn called him a “brilliant, extraordinary visionary.” I would agree.