Cloud Computing Grows Up: Benefits Exceed Expectations According to Report

Cloud computing is exceeding expectations. According to The TechInsights Report 2013: Cloud Succeeds. Now What? commissioned by CA Technologies (NASDAQ:CA), respondents indicate the cloud has moved beyond adolescence and is on the path to maturity in the enterprise. 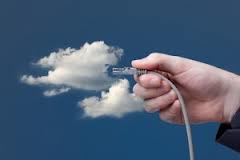 Survey participants—IT decision makers that have implemented cloud services for at least one year—reported they are achieving better results, faster deployments and lower costs than expected as a result of cloud computing implementations.

“As enterprises advance in their adoption of cloud, the desired outcomes evolve, as well”

Luth Research and Vanson Bourne conducted the survey on behalf of CA Technologies to learn how cloud computing is being used, problems or successes encountered, and how its use changed as IT teams gained more experience.

The report confirms that cloud computing is not only delivering on its major promises of saving money and speeding time-to-market, but also exceeding expectations. The vast majority of respondents reported their cloud implementations met or exceeded expectations across service models including Infrastructure as a Service (IaaS), Platform as a Service (PaaS) and Software as a Service (SaaS). Experienced cloud users also shed light on the evolving nature of the cloud, and how their objectives and requirements for success change as they advance along the cloud adoption curve.

“Going in, we expected the results to be much more balanced between successes and challenges across a variety of deployments and service models,” said John Michelsen, chief technology officer, CA Technologies. “Surprisingly, survey respondents were pleased with their cloud computing initiatives, which validates that the cloud is not just a fad, and instead they are focusing on making the most of it to drive innovation, speed and performance.”

Though the overall study results were generally consistent across US and Europe, the length of experience and overall intended objectives for cloud differ. The US leads Europe in terms of years of experience, with 55 percent reporting three or more years of cloud use, compared to only 20 percent of European respondents. The majority (79 percent) of European IT decision makers have implemented cloud computing for one to two (41 percent) or two to three (38 percent) years.

In terms of intended benefits, while cost savings continues to be a priority, increased speed of innovation rose to the top for more experienced organizations. When asked to name their top three objectives across IaaS, PaaS and SaaS deployments, Europeans most often selected “reduced total costs,” while US respondents noted “increased speed of innovation” and “superior IT performance/scalability/resiliency.” In fact, cost reduction did not even make the list of the top three objectives in the US.

“As enterprises advance in their adoption of cloud, the desired outcomes evolve, as well,” said Michelsen. “Cost is often considered an early benefit – or even a required result – in order for IT teams to justify moving in the direction of the cloud. Once they show that cloud computing improves the bottom line, they can shift their focus to innovation and other objectives, such as increased performance and enhanced security.”

Luth Research and Vanson Bourne conducted the CA Technologies-sponsored study of 542 IT leaders in the US, UK, France, Germany, Italy and Benelux from December 2012 to January 2013. The study included companies with annual 2011 revenues of $500 million or more and was limited to respondents who had implemented IaaS, PaaS or SaaS for a minimum of one year.