Cloud adoption continued to rise in 2013, with business users doing a lot to push adoption, according to a recent survey.  The survey from North Bridge Venture Partners found an average of 52% of organizations use apps to achieve business goals, while 36% use apps to advance IT goals, which means more organizations are looking to the cloud to deliver more than IT services, the survey said,   Overall, three-fourths of respondents said they use some type of cloud platform, up from the 67% penetration rate reported last year, the survey added. 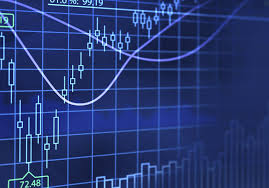 “Clearly, even in the third year of our survey, we’re still very early in the cloud-computing revolution. Yet the cloud formations we identified in last year’s survey are clearly on an unstoppable rise, ” said Michael Skok, General Partner, North Bridge Venture Partners, in a statement. “

Skok also noted that even as this ‘unstoppable rise’ in cloud adoption is in many places being led by line-of-business, IT managers are  quickly moving to get in front of the fast-moving cloud train.

“Self-empowered consumers and businesses are taking the lead, and in many instances, regardless of IT. But IT is investing heavily by both adapting internal infrastructure and adopting public infrastructure to respond on demand, while managing the inevitable issues of compliance and regulation through hybrid approaches.”

As a benchmark, the survey tracks eight cloud-based apps – four for business (file sharing, business productivity, CRM/marketing and social business/collaboration) and four for IT.  The survey found more than half the organizations use the four business cloud apps, but not even one IT-facing cloud app is used by half of respondents,

High (Potential) ROI; Low Risk— Both business and IT (68% of total respondents) said moving to the cloud will most likely help organizations save money – or at least it won’t cost them any more money.

SaaS Now. IaaS Coming. PaaS Later – SaaS (software as-a Service) is still the most popular form of cloud service, used by 63% of organizations, up from 55% last year. But the use of infrastructure-as-a-service (IaaS) is rising from 35% to 45%, a 29% increase over the prior year. PaaS (Platform as-a Service) is expected to grow the fastest in the next five years. In fact, 72% of respondents say they plan to use PaaS in their organizations within that time.

Future Cloud Trends Show IT Getting More Engaged.  Six out of the top seven fastest areas of growth in cloud apps will be in emerging areas, where both business users and IT have a big interest — big data, mobile, systems management, backup/DR/BC, helpdesk and security

The North Bridge Venture Partners survey was conducted in conjunction with GigaOM Research and more than 50 collaborating organizations. The huge growth reported in this year’s survey aligns with earlier projects made by GigaOM, which also expects spending on cloud computing to top $158 billion worldwide by next year – more than doubling spending reported in 2011.

The 2013 survey examined the drivers, inhibitors and opportunities in cloud computing of 855 respondents, including business users, IT decision makers and cloud vendors. More than a third of respondents were C-level executives within their organizations.