Why application development is better in the cloud

InfoWorld’s own Paul Krill has the skinny around a recent Evans Data survey that found developers are split on the benefits of building in the cloud. This is an important data point: One of the true “killer” use cases for cloud computing is app dev and test. The payback from using public cloud-based assets to build, test, and deploy applications is already compelling, but it will become immense in the near future. 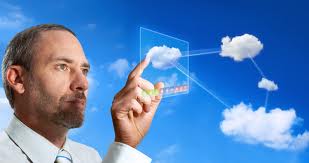 However, about 10 percent of developers cited no time savings in using cloud-based development environments. An equal amount said they had experienced more than 30 percent in time savings, and 38 percent cited savings in the 11 to 20 percent range.

Cloud-based development platforms in PaaS and IaaS public clouds — such as Google, Amazon Web Services, Microsoft, and Salesforce.com — are really in their awkward teenage years. But they show cost savings and better efficiencies. Most developers are surprised when they review the metrics.

Right now, there are two “killer” use cases for cloud computing: big data and app dev and test. If you don’t have a program in place to at least explore the value of this technology, you should get one going right now. Here are the benefits:

The value is very apparent, the technology is solid, and the opportunity is clear. Are you in?