What it takes to build a cloud organization in 2014

Many enterprises planning a move to cloud-based systems believe a huge disruptive change in the IT organization is required as part of that shift. 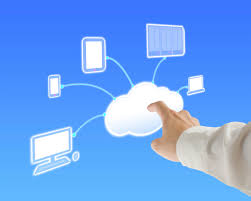 They call it “building a cloud organization.” I blame this disruptive mentality mostly on the ongoing press coverage that calls for “the end of IT as we know it” or other silly events that won’t happen.

Any time the analysts or press project absolutes, their predictions never seem to pan out. In the world of IT, we evolve. We don’t suddenly shift.

Whenever there is a fundamental transition in the technology we use, organizations must adapt around that development. We’ve seen many instances of this in the past, such as the PC movement in the 1980s, the movement to the Web in the 1990s, and the movement to complex Internet-delivered and distributed systems, such as cloud computing, in this decade.

Thus, the arrival of cloud computing in most enterprises will drive gradual changes over a long period. Operations, for example, will become more complex as those who used to oversee data centers begin to include public cloud resources in their management consoles. More and more employees will bring their own devices, apps, and even services to work, and enterprise IT must figure out a way to make them both useful and secure. IT is learning to change around shifts in business, using public clouds as substitutes for massive hardware and software buys.

We’re about 30 percent into this latest change process. It may feel that IT has not changed at all. But it has evolved at many organizations, albeit more incrementally than the pundits predicted. In fact, you can bet that the IT of 2014 will look very much like the IT of 2019.