This startup wants to solve the talent crunch in Asia 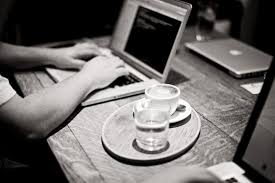 Coders who have equally good management skills are an even rarer sight. Chok Leang Ooi, co-founder and CEO of UX design and software development firm Agility, has met too many early-stage startup founders who have stalled their plans simply because they were unable to find the right CTO. “Every technology-focused startup is always going to need a good CTO in order to take the company to the next step, especially once they figure out their product-market fit and need to grow rapidly,” he says.
Ooi, who was born in Malaysia, has previously spent some time in Silicon Valley and New York’s startup scenes. Over there, he found that while ideas and funding were in abundance, many startups were still being held back by – surprise, surprise – the lack of talent.

Not just any development shop

Instead of feeling stifled by the shortage, Ooi saw an opportunity, and he decided to found Agility to fill in the gap. He is quick to emphasize that it’s not just “a vanilla outsourced development shop, which just takes requirements and implement as is” – he describes Agility as a startup product development company that partners and works with their clients closely:
They come to us with their ideas and visions, and together, we help them build that into wireframes, a minimum viable product, and eventually into a real product and a real business. In other words, we help these startups make things happen. Because we have been in the trenches ourselves and have worked with so many other startups across industries, our clients trust our expertise and judgments.
Their name reflects the agile software development process that they have mastered working with around 50 startups over the past three years. Ooi claims that this is their other advantage over other development firms. “In an industry where new trends and changes happen so rapidly, our value is in helping our startup clients stay ahead, which means we have to operate nimbly and be able to go to market quickly,” he explains. “Hence, we thought the name ‘Agility’ best reflects this principle.”
He admits that while several of the startups that have enlisted their help have failed, it is part and parcel of being in this industry. He notes that when they move on to found or join another startup, many actually bring Agility along to their next venture, which is an affirmation of the team’s ability.
Some of the bigger names that have gone on to success include personal finance site NerdWallet, sustainable fashion site Modavanti, and Boston-based SparkCommerce. Ooi shares that they have also recently started work with certain heavily-funded startups, but would only reveal their names in the months to come.

After finding validation in the US, Ooi is looking to bring his brand of agile development to Asia. He and his partner Trung Ngo – both born in Southeast Asia – have been keeping a keen eye on developments in the region:
I signed up for a Geeks on a Plane trip that took us through Singapore, Thailand, Philippines, and Indonesia. On that trip, every startup that we visited gave us a presentation. Through their presentations, we started to identify that the number one challenge they face that keeps them up at night is talent.
That’s not to say that there isn’t talent in the region. Rather, Ooi believes that there is a shortage in talent when it comes to popular startup programming languages such as Ruby on Rails, Python/Django, and HTML5, and he is bullish about the growth of talent in the industry in the future. For now, though, he sees a gap in Asia that needs to be plugged, and he wants Agility to be the one to fill it in. With the three years of experience in hand, their development team in Vietnam should be well-equipped to take on the new challenge.
With that in mind, Agility opened an office in Singapore earlier in August with the aim of growing their business across Southeast Asia. Their portfolio already includes names from Singapore and Malaysia such as The Luxe Nomad, Picky, Popcorn, Travelshopa, and MindValley. Ooi says that they are already engaged in talks with startups in Thailand and Indonesia, and several accounts are currently in the pipeline. “We’ve also got inquiries from startups in Australia,” he adds.

Not replacing the role of the CTO

Ooi is clear that they are not looking to replace CTOs altogether. Instead, he advises startup founders not to get carried away with finding the right CTO at the start. “Focus on getting your minimum viable product out the door, either by learning how to code yourself, looking for freelancers to do the job, or partnering with a firm like ours,” he says. “Try to get a right product market fit as soon as possible. When you do, additional funding will come naturally, and with that, you will be in a position to attract a much higher caliber CTO.”
On the topic of funding, Ooi is proud to say that Agility is an entirely bootstrapped operation thus far. “Our business has been growing quite profitably, and we also reinvest some of our profits to fund startups that we have worked with where in terms of culture we are a good fit with the founders,” he elaborates. However, he does not discount the possibility of raising funds in the near future.
Share this
0 likes
Related Articles
0 Comments