These Websites Are Going Dark to Protest SOPA Wednesday

Tech companies are getting ready to black out on Jan. 18 to protest the Stop Online Piracy Act (SOPA) and its sibling the Protect IP Act (PIPA).

Much has been made of Wikipedia’s promise to “go dark,” or shut down the site, for the day as a way of warning what might happen if SOPA became law. The tech protesters say that SOPA would render any site that included links, even if they were user-submitted, practically unoperable and liable to government take-down. Going dark is a dramatic but not entirely unrealistic warning of what the Internet could look like in a SOPA world.

The blackout is a way to get the two bills into the mainstream by showing people outside the tech industry how their everyday lives could be affected by the bills. Wikipedia isn’t the only company shutting its digital doors according to SOPAStrike.com. It has a (as far as we can tell) full list of the blackout participants.

SOPAStrike.com also has a dizzyingly large list of sites “rumored” to be going dark though take these entries with a grain of salt considering Twitter and Facebook are both on the list despite saying they will stay online. The site also has resources on how to black out your own site including plug-ins and code such as Zachary Johnson’s STOP SOPA.

CloudFlare, a startup dedicated towards protecting and optimizing websites, has rolled out its own Stop Censorship app that makes it easy for website owners to temporarily black out portions of their sites.

Will the black out make any difference to the fight against SOPA? Would it matter if big companies like Wikipedia and Mozilla had dropped out? Sound off in the comments.

SOPA And PIPA: A Timeline Of How We Got Here

The PROTECT IP Act (Preventing Real Online Threats to Economic Creativity and Theft of Intellectual Property Act of 2011), better known as PIPA was introduced into the Senate by Sen. Patrick Leahy (D-VT). The act’s goals were described by its sponsors as protecting intellectual property and punishing foreign sites who post copyrighted material. If a site was discovered doing so, the U.S. attorney general could order U.S. based Internet service providers, search engines, payment systems and advertising networks to suspend doing business with the website. 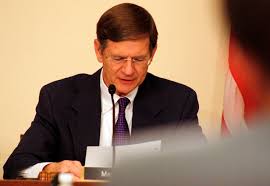 Five months later, a similar bill was introduced in the House of Representatives by Lamar Smith (R-TX) named the Stop Online Piracy Act, or SOPA. The bill was very similar to PIPA.

Twelve tech giants, including Google, Facebook and LinkedIn, delivered a letter of protest to the sponsors of the SOPA and PIPA legislation, calling the bill dangerous to American innovation and cybersecurity, but also acknowledged that digital piracy is a real problem.

Tumblr, Mozilla and Reddit censored their content in one the first wide-scale protests of SOPA. The sites claimed the bill strengthens the U.S. Justice Department’s power to go after websites that host disputed copyright material and could make sites such as YouTube and Tumblr that host such user-generated content liable for copyright violations. Tumblr would only remove the black bars over posts if users agreed to call their representatives and protest SOPA. Reddit and Mozilla also put black bars over their logos in protest.

The House holds public hearings to discuss SOPA that were broadcast on C-SPAN and streamed online. Both pro- and anti-SOPA groups rallied that day with public messages regarding the bill. This message from the MPAA ran in the Washington Post. After a two-day debate, discussions were then delayed until Dec. 21, then delayed again until after holiday recess.

Reddit declared Dec. 29 “Dump GoDaddy Day” after the domain hosting service declared they supported the legislation. Although GoDaddy quickly reversed its position, it says it lost more than 20,000 accounts because of the boycott. 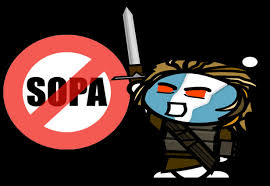 Reddit announced they would go black on Jan. 18, as a day to protest against SOPA/PIPA. Although they were the first to the call to action, they were quickly joined by other web companies, most notably Wikipedia, who vowed to go dark for the whole day.

Rep. Lamar Smith (R-TX), who wrote the SOPA bill, announced he would remove the controversial section of the bill that would give copyright holders and the federal government the right to remove infringing websites from the DNS (Domain Name System). DNS works as a sort of “phone book” for the Internet. When a user types a URL into a browser, DNS helps the users’ computer find and speak with the correct server hosting the content the user wants to access. If a website is taken off the DNS system, it becomes more difficult for the average Internet user to arrive at that site, but savvy Internet users might still be able to access blocked sites. 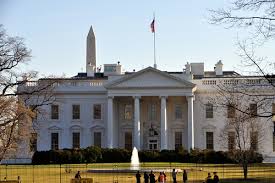 In a blog post responding to a petition posted on the White House’s website, the Obama Administration clearly laid out what it would – and would not – support in any new legislation designed to combat online piracy.

“While we believe that online piracy by foreign websites is a serious problem that requires a serious legislative response,” said the note, “we will not support legislation that reduces freedom of expression, increases cybersecurity risk, or undermines the dynamic, innovative global Internet.” 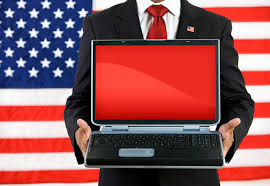 The architect of SOPA, Rep. Lamar Smith, scheduled a markup session next month in which the bill might be altered. In a markup session, a bill is opened to members of the House Judicial Committee for debate, amendments and other changes. The House will not be taking a final vote on SOPA.