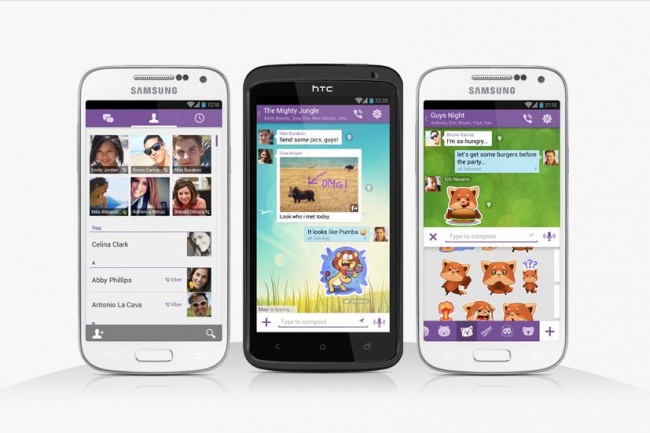 The Tokyo-based company said in a release that the $900 million acquisition “will enable Rakuten to penetrate new markets with multiple digital content offerings, in combination with its e-commerce and financial services platforms.”

Rakuten is massive in Japan. Besides its burgeoning e-commerce and financial businesses, it also operates travel services and owns one of the nation’s high-profile baseball teams – the Rakuten Eagles – which happen to be the current Japan Series champions.

Its ongoing efforts to expand globally have involved a number of acquisitions in recent years, including Canadian e-reader company Kobo and Singapore-based video-streaming site Viki. Snagging Viber, with its huge user base, looks set to help Rakuten grow further outside of its home country.

Viber, which is currently based in Cyprus, is a highly regarded and versatile cross-platform app that allows users to, for example, send free text messages, photo messages, and video messages, with extra features such as stickers and emoticons adding to the experience. It’s also possible to make free Skype-like calls to other Viber users.

The startup appears to be faring well in a fiercely competitive market that includes the likes of WhatsApp, Line, Kik, and BBM, which, incidentally, introduced free voice calls to Android and iOS users of its app on Thursday.

With Rakuten’s backing, Viber has a real chance to further expand its user base and climb above the competition.

Commenting on the acquisition, Rakuten chief Hiroshi Mikitani said,”Viber understands how people actually want to engage and have built the only service that truly delivers on all fronts,” while Viber boss Talmon Marco said the deal presented “an amazing opportunity for Viber to enhance our rapid user growth in both existing and new markets.”