Fog Computing Is A New Concept Of Data Distribution

For the last couple of years there have hardly been any new concepts in cloud computing. But hardly doesn’t mean never. Since the summer of 2013 you might have noticed the appearance of a new trend that has been called Fog Computing. 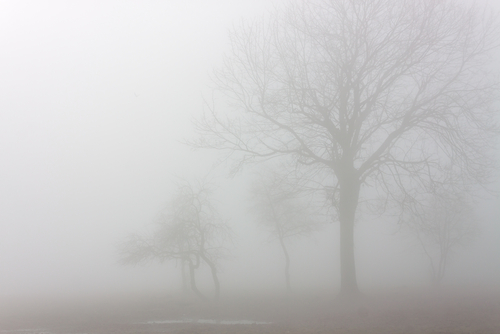 The main purpose of fog computing is to gather services, applications, large data volumes in one place and unite them with the networks of a new generation. The aim is to offer data, computing power, memory and services at a really distributed level.

The thing is that today’s data is extremely dispersed and delivered continuously, in large volumes and to a large number of users with different devices. In order to make an effective cloud model, businesses need to learn how to deliver the content to their users via geographically distributed platforms and not via the cloud which is placed in one place. Thus, the idea of fog computing is to distribute all data and place it closer to a user, remove network delays and other possible obstacles connected with data transfer. Users need all their data and apps at any time in any place – this is the essence of cloud services. And fog computing may take this service to the next level.

The concept of this abstract fog is based on the concept of a drop (here we see why the concept has such a name). A drop is a chip of a microcontroller with built-in memory and data transfer interface, which is combined with wireless connection Mesh chip. Such a drop works on a small battery which is enough for a couple of years. You can connect different temperature, light, voltage sensors, etc. This drop is a basic technology for fog computing. With the help of such mini-chips it is possible to create really distributed network of data or devices all around the planet.

So what are the possible advantages of using fog computing?

Firstly, with the help of fog computing you can place data closer to the final user, even geographically. Constant data circulation in the world makes providers to create new technologies for their local storage and caching. The drops allow keeping the data close to a user instead of storing them in a data-center somewhere far. It helps to escape possible delays in data transfer.

Fog computing also helps to provide quality service for mobile users. The administrator of your infrastructure gets access to such data as from where and how your users get information, and how fast the process is. It helps to improve the interaction with clients, and make this interaction safer. By controlling data in all node points, fog computing allows turning your data center into a distributed cloud platform for users.

Secondly, this concept is not something to be developed in the future. It is already here. A lot of companies already introduce fog computing, while other companies are ready for it. Actually, any company which delivers content can start using fog computing.

What is important is that fog computing is not a replacement for cloud computing. It’s an addition which develops the concept of cloud services. Thanks to the “drops” it will be possible to isolate data in the cloud systems and keep them close to users.