Could Google Become The New Microsoft Of Cloud IT?

For the past 15 years, Microsoft has been the unquestionable king of business IT. As the market leader in both workstation and server operating systems, Microsoft set the standard and controlled the experience for a generation of both IT professionals and general computer users. Today, even with explosive growth of tech companies like Apple, Citrix, Red Hat, IBM, and VMware, Microsoft maintains a ridiculously large share of the worldwide PC OS market (92%), approximately four fifths of the enterprise office productivity market, and a healthy plurality of server OS sales (48%). 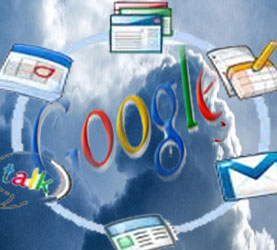 No other company has ever come close to achieving the level of overall IT dominance that Microsoft has, and it’s unlikely that any new company will in the foreseeable future.

But what about the cloud? Could any single company come to dominate cloud IT like Microsoft has business IT? The answer is a definitive yes. With the constant onslaught of hot new cloud startups, it’s easy to lose sight of the cloud IT juggernaut Google has been nurturing over the past several years.

But consider what the geeks in Mountain View have accomplished since 2008 in a market saturated with nimble startups, brilliant competitors, and billions of dollars of venture capital:

Given that Google influences how at least a plurality of the world’s population finds information (search), collates news (News/Reader), and consumes video content (YouTube) it seems entirely possible that Google could eventually position itself to dominate nearly every important aspect of the business cloud IT world.

With a huge head start in cloud-based communication, collaboration, and productivity, it wouldn’t be such a huge leap for Google to eventually extend its reach into database, supercomputing, PaaS, payment processing, and point of sale as well. In fact, it already has. But then, perhaps you haven’t heard of Google Cloud SQL, Google Compute Engine, Google App Engine, or Google Wallet… yet.