What the Sharing Economy Means for Cloud Computing

The sharing movement is in full swing. Innovative “collaborative consumption” companies are helping pool under-utilized assets such homes, boats, cars and then renting them out as services. 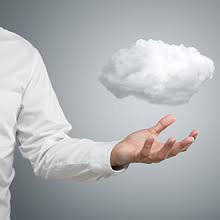 Jessica Scorpio of Fast Company has it right when she says; “A few years ago, no one would have thought peer-to-peer asset sharing would become such a big thing.”

Indeed, since the launch of Airbnb, more than 4 million people have rented rooms—in their own houses—to complete strangers. And in San Francisco, a new company called FlightCar offers to park and wash your car at the airport –with a catch, that while you’re away on a business trip your car is available as a “rental” to others (at half the cost of other companies).

Intrinsically, the rise of the sharing economy makes sense. Why not take underutilized assets and make them available to others for a temporary amount of time, thus gaining higher utilization and earning extra income?

But to make a sharing economy work, a key issue of “trust” is necessary. In the case of Airbnb, homeowners must trust the company has carefully vetted those who would rent out rooms, especially when security and privacy concerns are very real. However, while there have been a few scary tales in terms of sharing homes, cars, and other services, for the most part the marketplace has run smoothly.

In a similar vein, the big target on the back of cloud computing is trust. Cloud computing providers are still wrestling with perceptions that they are not as safe and trustworthy in terms of privacy, security and availability. And while it’s true that cloud providers have greatly improved in these areas, myriad surveys show there’s still significant work to do in overcoming initial perceptions that sensitive corporate data is often “lost, corrupted or accessed by unauthorized individuals”.

For both cloud computing and the sharing economy, overcoming trust issues is job one. That said, the trend towards sharing is unmistakable. Neal Gorenflo, publisher of Shareable Magazine says; “People don’t want the cognitive load associated with owning.”  The same mindset can also be attributed to global CIOs and CFOs who want someone else to do the work of capitalizing, maintaining, updating and running their IT systems in the cloud while they focus on driving business value.

Forbes estimates that in 2013, $3.5 billion dollars will change hands in the sharing economy. We also know that cloud revenues are on torrid trajectory. If peer-to-peer sharing and cloud computing providers can overcome trust issues, there are few constraints on how big these markets can really be.