The Australian government’s national cloud computing strategy, made public on May 29, has been criticised by some for failing to mandate a “cloud first” approach to IT procurement by government agencies, yet applauded by others. Ovum research director of public sector technology Steve Hodgkinson told IT Pro the strategy could have been stronger: “The strategy could have argued for a stronger cloud-first style statement of intent which would have aligned it with the US and British government positions on cloud. 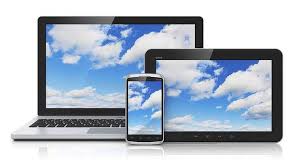 They have specified firm targets and timeframes for migration towards cloud services.” He attributed Canberra’s reluctance to adopt an explicit “cloud first” approach to Australia being in a stronger financial position than the US and Britain, but predicted increased financial pressures would force a re-assessment of its position. “I would not be surprised if in 2014-15 we evolve to a cloud first approach because the fiscal imperatives will start to bite, particularly among small- to medium-sized agencies.”

Otherwise, Hodgkinson welcomed the strategy. “It represents a significant change in thinking and approach because it explicitly links industry development policy to the use of cloud computing to boost Australia’s overall economy and to boost the government’s own productivity and innovation.”

Australian Information Industry Assocation chief executive Suzanne Campbell said the strategy was “a very significant step towards the future by the Australian government in the adoption and use of cloud computing to drive productivity and innovation”.

“It is simply expressed with its three key goals [maximising the value of cloud computing in government; promoting cloud computing to small businesses, not-for-profits and consumers; supporting a vibrant cloud services sector]. And the focus on government’s own use and SMEs’ use of cloud is closely aligned to the AIIA’s Smart ICT election platform, which speaks of the need for government to adopt and use technology and the urgent need for SMEs to adopt and use technology.”

Tristan Goode, chief executive of the Australian cloud service provider Aptira and a director of the global OpenStack Foundation, said the strategy should have had a stronger focus on nurturing a local cloud industry.

“I think it is a wonderful step and they have got a lot right, but . . . all it will do is service things into the offshore players’ lock-in clouds. It should be about looking to back technologies we can develop here . . . It is being recognised around the world that OpenStack provides an opportunity for a country to develop its own resources. There needs to be a strategy around developing Australian originated cloud, but I don’t get that message from it.”

OpenStack is open source software that allows users to easily migrate their applications from one data centre to another. The OpenStack Foundation has more than 180 members.

However, Ninefold chairman Peter James said the strategy did provide good support for Australian companies. “Our competition is global and so are our opportunities. Australian companies can target markets offshore and it is great to see the government supporting this.”

Ian Ross, strategic solutions director for cloud services provider Logicalis, said the strategy was “a positive move for the government to lower the barriers that have historically prevented agencies from accessing the benefits of cloud computing”.

The strategy’s commitment to supporting R&D was welcomed by NICTA. Technology strategist Dean Economou said: “The strategy reflects NICTA’s view on the importance of strong links between research and industry and the role government has in fostering innovation in the sector. The case studies also show how a range of organisations, including NICTA’s own Yuruware, are already setting the pace in creating, using and exporting cloud technology for the benefit of Australia.”

“We agree with the government and CeBIT that ‘cloud computing has reached its tipping point. It is no longer a trend, but an absolute business requirement’.”