After the Web giant put ad tracking cookies on computers of Safari users, a federal judge agrees to fining it with the largest penalty the FTC has ever levied against a single company.

It’s looking like Google may have to soon cough up the $22.5 million fine it agreed to pay in order to settle Federal Trade Commission claims that it illegally bypassed user privacy settings in Apple’s Safari Web browser.

U.S. District Judge Susan Illston approved the fine in San Francisco federal court late Friday, according to the Associated Press. This is the largest penalty the FTC has ever levied against a single company. 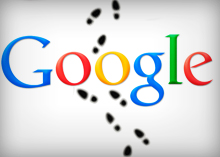 Google and the FTC reached the settlement agreement in August when the Web giant agreed to pay $22.5 million on charges that it “placed an advertising tracking cookie on the computers of Safari users who visited sites within Google’s DoubleClick advertising network.”

The FTC claimed that Google assured those users that they would be automatically opted out of the tracking because of Safari’s handling of third-party cookies. However, according to the FTC, those users were not immediately opted out and therefore Google contradicted a 2011 privacy agreement it had made with the government agency.

For its part, Google said that it takes privacy very seriously and that it didn’t intentionally sidestep Safari’s default settings. It has now set in motion the removal of the advertising cookies.

During Friday’s proceedings, Illston heard from the FTC, Google, and a consumer-rights group called Consumer Watchdog, according to the Associated press. While the FTC was pleased with the judge’s decision to approve the fine, Consumer Watchdog instead said the ruling was ineffectual and the financial penalty should be far more severe. Ultimately, Illston rejected Consumer Watchdog’s pleas for harsher punishment.

Even though $22.5 million seems like a hefty fine, it’s small change for Google. During its last-reported quarter ending in October, Google generated $14 billion in revenue, which is the most lucrative quarter the company has had to date. According to the Associated Press, Google’s Safari Web browser privacy breach only earned it about $4 million.