China’s Huawei Technologies Co. Ltd., the world’s No.2 telecom equipment maker, said on Monday it expects a compound growth rate of 10% in annual sales over the next five years, lifted by cloud computing and smartphone sales. Rotating chief executive officer Guo Ping was speaking at the company’s headquarters in the southern Chinese city of Shenzhen where he confirmed a 32% rise in Huawei’s 2012 net profit to 15.4 billion yuan ($2.5 billion). 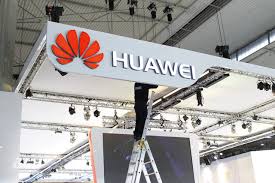 Revenue rose 8% to 220.2 billion yuan. Unaudited figures were released in January. “Information and communications technology will continue to grow, with new opportunities coming from cloud computing, BYOD (Bring Your Own Device), and big data, and feature phones being replaced by smartphones at a faster rate,” the company said in a statement.
The revenue breakdown showed Chinese sales up 12.2% to 73.6 billion yuan. Sales in Europe, the Middle East and Africa rose 6.1%, Asia Pacific sales climbed 7.2%, while revenues in the America gained 4.3%.
Privately held Huawei and its crosstown rival ZTE Corp. have been expanding their footprint in the global telecom equipment and mobile phone sectors over the past few years.
ZTE, the world’s No.5 telecommunications equipment maker, in March posted its first annual net loss, totalling 2.8 billion yuan ($460 million), due to project delays and falling margins in emerging markets.
While Huawei has boosted sales and gained market share in Europe, Africa and Asia, it ran into a few obstacles last year in other markets such as the US and Australia due to national security and cyber espionage concerns.
Share this
0 likes
Related Articles
0 Comments