Handful of Cloud Miracles for 2014 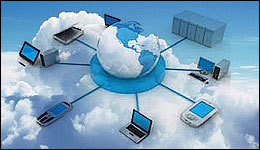 Cloud is not an option. Virtual operating systems and infinite scaling, a “barbell” in which the high-end hosts and hand-held device makers crush the computing middle class — that’s the reality for businesses and investors.

The question for 2014 is how many public clouds will survive the coming shakeout.

Amazon.com’s (AMZN_) vicious price war strategy has given the world’s dominant online retailer most of the market, so Google (GOOG_) and Microsoft (MSFT_) have had to match prices and features. IBM (IBM_) is promising “big things” for early next year, but it’s unclear whether Big Blue can add any new features to make much of a difference.

Most of these competitors will be forced to find some refuge in the “private cloud.” Private cloud is like desktop Linux or a Cowboys Super Bowl win: They tease it but it never seems to happen. Cloud costs much more to build than to buy, so most don’t.

Because renting cloud is so cheap, many enterprises are moving key applications to “faux cloud” systems run by Salesforce.Com (CRM_), NetSuite (N_) or even Oracle (ORCL_), based on Oracle’s proprietary services and databases.

There are savings, the software all updates together, it’s the same inventory, customer management or human relations system as before, so why build a private cloud?

Can China change this equillibrium? Amazon is already going into China. Can fear of the National Security Agency? Some countries will join Switzerland in demanding local hosting of local data. But will it make a difference?

Cloud was filled with acronyms. IaaS — Infrastructure as a Service. That’s the basic cloud technology Amazon.com has been selling. PaaS — Platform as a Service. That adds the languages and tools you need to create Software as a Service (SaaS). SaaS is what you get when you use PaaS on an IaaS.