Cedexis, an online cloud optimization service, displayed its new heat map on the performance of 50 cloud services around the world. 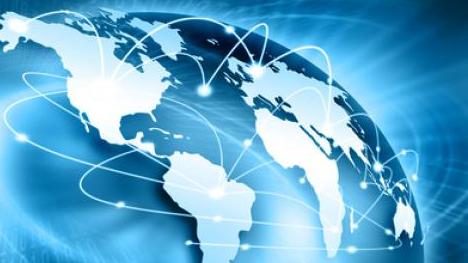 By choosing a supplier’s name and moving a divider line across the map, the viewer can see where the service is prime and where it deteriorates as the line crosses different countries and continents.

Two infrastructure-as-a-service (IaaS) providers can be viewed side by side, with the view of one replaced by a color-coded view of the other as the cross bar slides across the world map. For example, it shows Microsoft’s Windows Azure for North America as readily available with short response times in the U.S. and Canada, but less efficiently available in Mexico and south of the border. Likewise, Azure Asia is most readily available in China and Japan, less so in India, Australia and Southeast Asia. As the cross bar moves off the middle position, the map shows how far Azure reaches effectively into distant countries and continents.

The map moves through a series of blues for services readily available, moving from dark to light to indicate efficient service to less efficient. As service slows, the color progresses from light orange to darker oranges and red. No precise key was given in the demonstration offered by Rob Malnati, VP of marketing.

The map, however, is based on real user data collected as 300 companies and organizations use Cedexis to measure their customers’ response times from thousands of locations around the world. When a viewer downloads an NBC News page, for example, that page includes a JavaScript tag that triggers the fetch of a test object from an NBC data center and reports the response time to Cedexis. It’s using the news page viewer’s browser in background to do so.

With 300 companies wanting to view their website response times over different networks, Cedexis has many participants in the distribution of its tags and it collects 1.25 billion data points from actual Internet users each day or 40 billion per month. Each tag performs two operations on a target cloud, first downloading a simple 165-byte text object, then a bulkier 100-KB image object. Malnati estimates that 100 million end users a day are helping collect the data through their activities on the Web, and the wide range of locations and networks used has helped establish Cedexis as a benchmarker of many services.

Cedexis offers a free version of its Cedexis Radar service online at www.Cedexis.com and commercial versions for customers of content delivery networks and other online services to use in evaluating the speed and efficiency of competing service suppliers.

The Cedexis Radar system reports on the performance of IaaS suppliers including Amazon Web Services, Microsoft Azure and Google App Engine. It recently added Rackspace, Savvis Cloud and Cloud Sigma and a handful of lesser known cloud service providers: Aruba Cloud, Virtacore, eNocloud, ASPserveur and SFR Cloud. Radar now covers 52 different cloud services, each of which maintains the 165-btye and 100 kilobyte objects in their data centers to be fetched by the Cedexis tags. “We had to add more clouds to allow customers to load balance across them,” noted Malnati.

The color-coded map of the world with crossbar is a Windows 8 application that Cedexis has made available for free download to Windows 8 machines from the Windows App Store. In addition to response times and throughput from 52 cloud services, it also captures data on 1,943 network segments in 236 countries, all information that can be used to generate reports in the app.