Zoho has shaken hands with Dropbox by integrating Dropbox with Zoho Docs. Dropbox is a well-known service that allows individuals to share and bring their videos, photos, and documents easily. 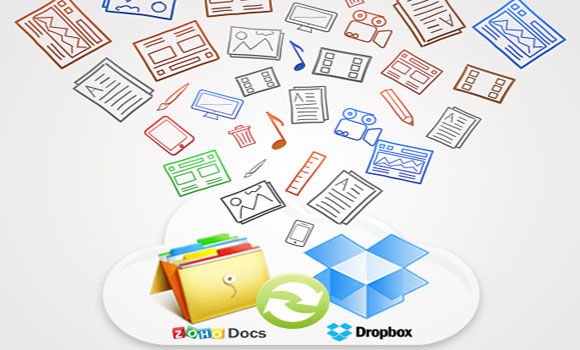 This relation of Zoho and Dropbox are going to enter the world of useful features. Users will be able to select the folders of Zoho Docs that need to be synchronized with Dropbox. Within the chosen folder, sub-folders and files would be synchronized via Dropbox through different devices.

Addition of new files to Dropbox and to Zoho docs would be synchronized in all devices and would be made available via Dropbox desktop and mobile applications.

With the help of this integration, presentations, spreadsheets and documents created via Zoho would be synchronized automatically across multiple devices.

Users will also be able to edit their files of Dropbox- presentations, spreadsheets and documents in Zoho Docs by using built-in editors of Zoho.  When a user will edit a file of Dropbox in Zoho Docs, the Dropbox would automatically reflect the edits and vice versa.

This is truly a good news for the users of both Zoho and Dropbox.