Xiaomi set to take on the world after successful Singapore launch

When China’s Xiaomi began selling smartphones in Singapore this year, each batch sold out in only a few minutes. So, when the company asked those on Facebook to spread the word that more phones would be available soon, one fan was having none of it.

“Spread the word so my friend can compete with me to buy the phone in under eight minutes?” wrote 31-year-old documentary film director Zen Yeo. “You must be kidding me.”

Such is the fervour for Xiaomi as it continues its rise to become one of China’s top tech companies. Xiaomi’s appeal? It offers the technology and style of Apple or Samsung at less than half the cost. 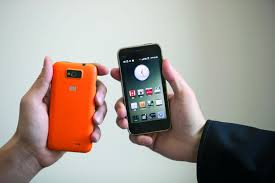 Now, founder Lei Jun, 44, is taking his formula abroad. He is beginning in markets such as Singapore and has hired former Google executive Hugo Barra to lead the effort. Mr Lei’s goal is to boost sales five-fold to 100 million phones next year.

“We’re moving as fast as we can,” said Mr Barra. “We’re working around the clock with our supplier and manufacturing partners to meet demand.”

Xiaomi reflects a shift in China’s economy, with technology firms gaining prominence to match state-owned enterprises in sectors such as oil and coal. The country’s standouts include Internet portal Tencent, computer maker Lenovo and Alibaba, the e-commerce firm headed for a multibillion-dollar initial public offering.

Xiaomi is an example of a Chinese company succeeding through innovation and creativity. Its phones run on Android, the operating system available free from Google and used by Samsung, among others.

Mr Lei makes his phones stand out through sleek design, software that anyone can customise and prices rivals will not match. He has said that, more than revenue or profit, he wants to create products that make people “scream”.

Although the Singapore launch has been strong, the question for Mr Lei is how well Xiaomi will translate in other new markets. Beyond China, his brand lacks the profile of BlackBerry and Nokia, never mind Apple or Samsung. The task is doubly complicated because Xiaomi’s secret to keeping prices low is that it does not advertise and sells directly over the Web.

“If nobody knows about you, certainly they are not going to buy online,” said Dr Chiang Jeongwen, Chairman of the Department of Marketing at the China Europe International Business School in Shanghai. “There will be some difficulty to overcome.”

Another challenge is expanding production to meet demand. Like most other major mobile-phone makers these days, Xiaomi relies on contract manufacturers.

Xiaomi has to persuade suppliers of its prospects, so they will invest in plants and machinery — and rapidly, given its growth. The company has boosted supply commitments 31-fold since November 2011 to 3.2 million devices a month as of December.

“We will continue to improve manufacturing capacity as we expand into more countries,” said Mr Lin Bin, co-founder and President of Xiaomi.

Xiaomi’s rise is all the more dramatic because it comes as hardware companies everywhere have struggled. Personal-computer makers such as Dell have floundered as PCs became commodities, and mobile-phone makers have gone through a brutal shakeout. Even Samsung, the world’s largest smartphone maker, has posted two straight declines in quarterly profit.

“In a mobile-phone landscape, Xiaomi’s rise to prominence is not an everyday occurrence,” said Ms Melissa Chau, senior research manager for client devices at IDC Asia/Pacific in Singapore. “Whether it can rise to the next big milestone of becoming a global player is its next big challenge.”