Xbox One & Azure cloud computing: A match made in heaven

With the debut of the new Xbox One gaming system, we could focus on many things: hardware, flashy games, and entertainment options. But one aspect really gets me fired up: Developers should now be able to use Microsoft Azure’s cloud computing platform to make games more powerful than ever. 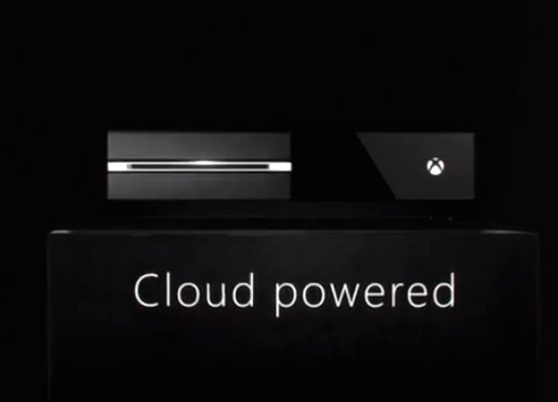 Wired reports that the game developers and studios can tap Azure for all kinds of things. Microsoft isn’t going to force developers to use the cloud platform, but it will certainly push them to do so.

The Xbox One will not have to be always connected to the Internet to play games, but it does generally require an online connection. And if developers do decide to tap Azure’s cloud computing platform to boost a game’s power, a web connection will be necessary to play that game.

Microsoft has been building Azure’s cloud computing capabilities for a long while. Azure has been mostly known as a platform-as-a-service that (primarily .NET) developers use to make the process of app development easier.

Microsoft opened up Azure for pure cloud infrastructure use in June. It now competes with top dogs like Amazon Web Services, Rackspace, and Google Compute Engine.

Steven Martin, the general manager of Azure’s operations team, told us this past October that Azure users are consuming more compute capacity than the entire world used in 1998. As of December, Azure’s cloud storage holds more than 4 trillion objects. It also handles an average of 270,000 requests processed per second, with a peak of 880,000 requests per second.

Now, let’s see what you could do with all that power.

The first and most obvious application of Azure on Xbox One is making Xbox Live more powerful and useful. All your downloaded games and achievements would be synced and available wherever you are. You would also have dedicated servers for every multiplayer game you participate in. Multiplayer matches would be able to host up to 128 gamers in a single session.

Xbox Live currently runs on 15,000 servers, but it will soon move to a stunning 300,000 servers later this year for the Xbox One launch. That’s a lot of power dedicated to making Xbox Live better.

Second (and this is a bit more crazy), developers can offload computational tasks to the cloud instead of relying on physical hardware to do the heavy lifting. Necessary game computations for physics, rendering, and the like could be immensely enhanced with a connection to powerful virtual servers in the cloud.

“It’s not like on day one, everyone will have figured out how to take advantage of that power,” Microsoft interactive entertainment CMO Marc Whitten told Wired. “It’s just one of those stakes we’re placing.”