Self-hosted WordPress users, fire up your update engines. WordPress 3.5 is now available for download. WordPress 3.5 brings in lots of under the hood enhancements, as well as a few new user-facing features. 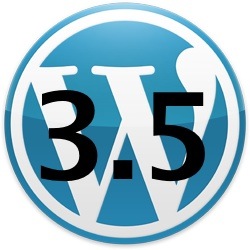 Other sites have done a great job of breaking down the new features, but here are some of the highlights:

Of course, the bulk of the changes to WordPress 3.5 are on the backend. Over the last eight years, WordPress has evolved from a blogging platform into a CMS that powers about 17% of the web. As a result, the core WordPress team has worked hard on making sure the platform can support a growing number of sites and use cases.