Microsoft this week continued its aggressive moves in the enterprise cloud market. The company released new features for Windows Azure that include new push notification capabilities for mobile apps as well as support for SQL Server AlwaysOn, a disaster recovery technology. 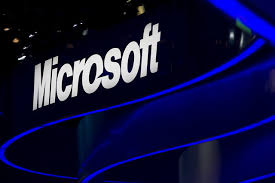 SQL Server AlwaysOn, which was introduced in SQL Server 2012, includes support for multi-database fallover, multiple replicas, readable secondaries and other features designed to keep businesses running in the event that a database goes down. Microsoft said that Azure virtual machines can now run the complete SQL Server AlwaysOn Availability Group Technology stack. The company said the addition should improve the availability of SQL servers while also improving efficiency by allowing users to offload BI reporting tasks and backups to secondary machines.

With the addition of SQL Server AlwaysOn support, Microsoft clearly hopes that more customers will use Azure to host their workloads. That said, the company knows that many businesses prefer to host their own content, so it is pitching Always On as not only a cloud enabler but also a supplement to on-premises systems. The company noted that if a local data center fails, Azure allows users to failover to virtual machines hosted in Azure, meaning that even if businesses don’t want their primary operations in the cloud, they might still employ the technology as a contingency.

The company also announced improvements to Windows Azure’s autoscale technology, which allows companies to target a particular balance between cost and performance by automatically scaling virtual machines, applications and other workloads.

Much of Microsoft’s progress has been achieved in the last year, and the company has made several recent moves to further accelerate its momentum. Microsoft recently announced that it intends to add better support for Java by the end of the year, for example, which suggests the company’s eagerness to get as many enterprise workloads on Azure as possible.

Microsoft also made clear at Build, its conference for developers, that it recognizes Android and iOS will continue to be popular. Rather than betting that Windows 8 can somehow steal users from Apple and Google, Microsoft is instead is pitching Azure as the infrastructure of choice for mobile apps, a move that allows Microsoft to profit from its competitors’ successes. The new Notification Hubs fall squarely within this strategy.

Microsoft is also previewing Windows Server 2012 R2, an update that is to Windows Server 2012 what Windows 8.1 is Windows 8. The update could attract more small and medium-size businesses to the cloud, as it emphasizes the flexibility to choose between public, private and hybrid configurations. By positioning Windows Azure as a recovery option for on-premises SQL Server set-ups, Microsoft is furthering this idea.

Windows Server 2012 R2 includes a number of other benefits, such as improved support for Linux virtual machines. In July, Forrester analyst David Johnson told InformationWeek that Microsoft has done a “brilliant job” of developing the new version.

As usual, though, Microsoft customers will have to contend with licensing complexities.

With Windows Server 2012 R2, for instance, users first have to distinguish between the Standard Edition and the Datacenter Edition, the latter of which includes unlimited installations of licensed hosts, flexibility to add or move machines across servers, and other features aimed at highly virtualized environments. Existing Windows Server 2012 Datacenter customers who bought Microsoft Software Assurance licenses won’t have to pay to upgrade and can use the same Client Access Licenses, but those who didn’t purchase Software Assurance will have to purchase a new license.

Microsoft recently announced that licenses for the Datacenter version of Windows Server 2012 R2 will be 28% more expensive than those for the existing version.