Will VMware Challenge Amazon Head On?

VMware told Wall Street analysts Wednesday that it is launching an approach to hybrid cloud computing that will enable its customers to use their VMware-based data center environments in conjunction with infrastructure-as-a-service providers in the public cloud. In VMware’s view, its virtualization management console will be the command post for both sets of workloads and will allow movement out to the cloud and back again. 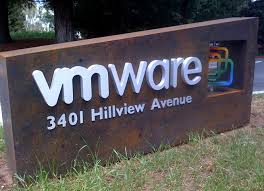 Before such a situation can become a reality, however, VMware must move further down the road to virtualized networks that act as an integral part of a software-defined data center. A key building block for that, VMware CEO Pat Gelsinger said in an analyst briefing Wednesday, will be the Nicira Network Virtualization Platform, an OpenFlow-based approach to networking that VMware obtained with its $1.26 billion acquisition of startup Nicira last year. Nicira NVP will become VMware NSX as it’s combined with VMware’s vCloud Network and Security product line. The move will get VMware out of a proprietary rut of managing primarily VMware resources and give it a neutral networking platform from which it can deal with Red Hat KVM, open source Xen and Microsoft’s Hyper-V, which are starting to occupy more of the data center.

VMware’s vision for the future is that when a network fits the needs of a virtual machine, it can be assigned to the VM as the VM is created. In the future data center, that network will follow the VM around as it’s moved from point to point, much as storage does in the current VMware vSphere environment. Security specifications will have to move the same way.

By virtualizing the network, NSX “will allow customers to accelerate application deployment, lower both capital and operational costs, and transform network operations,” said a company statement on the launch of NSX. It will also bring closer the day of hybrid operations, where part of the enterprise software runs internally and another part runs on a public infrastructure provider. Management techniques such as vMotion, where a running virtual machine is transplanted from one location to another without interrupting users, are in a pre-cloud stage today. But they could work across clouds in the future.

VMware’s vCloud Hybrid Service will launch in the second quarter. It will allow customers “to reap the benefits of the public cloud without changing their existing applications while using a common management, orchestration, networking and security model,” the VMware announcement said Wednesday.

Meanwhile, a debate broke out over whether VMware’s statements mean it will launch its own public cloud service in the second quarter or continue to work with a broad set of partners who run their own public cloud data centers. Cloud expert James Staten, a Forrester Research analyst, explained it this way: vCloud Hybrid Service equals “VMware’s public cloud service — yep, a full public IaaS cloud meant to compete with AWS, IBM SmartCloud and HP Cloud, Rackspace. (It) won’t be fully unveiled until Q2 2013, so much of the details about the service remain under wraps.”

CRN, a sister publication to InformationWeek, and others interpreted the announcements as a sign of VMware’s intent to plunge into infrastructure as a service based on its own software with its own data centers. But VMware maintained it will make vCloud Hybrid Service available “through its existing channel, working with its extensive partner ecosystem.”

Thus far, VMware’s own statements have stopped short of announcing such a service direct from VMware.

The dilemma for VMware is that Amazon is driving public cloud pricing down as VMware tries to bring up an extensive network of vCloud Director suppliers. It has primary suppliers, such as Dell, CSC and Bluelock in the U.S. and Colt in Europe, plus a long list of 175 regional suppliers.” But in many instances, customers are not viewing them as the same bargain basement service provider that they find with Amazon, or for that matter, Rackspace, Google or Microsoft.

Gelsinger’s recent urging of the ecosystem to take up arms against the growing presence of Amazon struck many observers as a sense of heightened competition.