Will Prism Break Our Addiction to the Cloud?

Cloud computing has become extremely convenient for businesses and individuals providing instant access to data from any computer, any time. People are using smart phones to access information on-the-go, while traveling to work and on vacation. 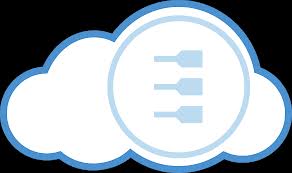 Companies vouch for the cost-savings achieved by utilizing the cloud. The cloud is now acting as an extension of ourselves, storing our most important information accessible at the touch of a button. In many ways we’ve become addicted to the cloud.

But industry watchers are now coming out with reports examining the impact of the revelation by media outlets beginning in June of the U.S. National Security Agency’s mass electronic surveillance program, also known as Prism, and their analysis implies that if privacy worries tied to the program outweigh the costs benefits, the cloud computing industry could suffer customer defections for years to come. Factoring in growing revelations since the initial summer press leaks about Prism that overseas governments have also been engaging in Prism-like programs, James Staten, an analyst at IT research company Forrester blogs that the overall global cloud computing industry stands to lose up to $180 billion or a 25% hit to revenues by 2016.

“You don’t have to be a French company, for example, to be worried about the U.S. government snooping in the data about your French clients,” Staten wrote. “That’s a worry any company, regardless of country of origin, should be concerned about.”

Morningstar technology equity analyst Rick Summer and Randy Warren, chief investment officer of Warren Financial Service, both say that the long-term outlook for the cloud industry remains promising as companies’ reliance on the cloud and the benefits they get from it outweigh privacy concerns related to Prism and other government electronic surveillance programs.

“Overall I think the train has left the station,” said Summer during an interview. “I think the convenience and functionality that companies and customers are getting will really for the most part trump privacy concerns provided that the regulatory environment protects them in an adequate way.”

That said from a risk perspective Summer said he favors cloud companies such as Google (GOOG_) and Facebook (FB_) due to his view that larger companies of this category are going to be much more successful than smaller companies at communicating to customers that they’re trying their best to protect users’ privacy, offering these customers with a sense that they actually have control over their own identity and information. These more established stocks are examples of cloud equity investments that are less likely to suffer any downward pressure from Prism worries, providing more safety to the investors seeking cloud growth investments.

Summer points out that smaller companies are more focused scaling and monetizing their product. Even the now established companies such as Facebook and Google initially experienced missteps with privacy issues with associated backlash from users.

“Quite frankly, if you’re sharing information, or using a cloud service from a company that’s quite small, it’s highly like that they’re unprofitable; it’s to our sense a lot more likely they’ll have a lot more pressure to do some quote, unquote unsavory things to be able to monetize that as well,” the analyst explained.

Having said all this, Summer says both Google and Facebook are trading a little bit ahead of what they’re actually worth and that technology growth stories are for the most part overpriced right now. He actually prefers cloud stories such as Oracle (ORCL_), which is a very, very low-growth stock story but is a great, cheap bargain considering its compelling competitive advantages.

“I don’t think it’s worth abandoning cloud investments altogether and I would stay with cloud investments,” commented Warren during an interivew. “I think there’s enough non-private data out there that’s its worth crunching in the cloud. The cloud really provides some huge benefits.”

Warren said it’s just a matter of how much risk the investor is willing to take by properly balancing the amount they’re willing to invest in a smaller cloud company versus a large, much more established one. His thought is that a Google or Amazon (AMZN_) are solid, investible cloud companies. Investors might only want to put a small amount of money in newer cloud companies given their relatively small market capitalization and specialized nature.

Privacy worries concerning global government electronic surveillance programs are unlikely to cause any mass defection from the cloud sector. What’s more likely to happen is that users will become more sensitive and cautious when using new cloud services and start to take a portion of the their most critical or personal information off-line, paving the way for the growing prevalence of some form of “hybrid cloud” where there are clear boundaries with information that people are willing to share on the cloud, and personal, private information such as medical records and high level trade or business data that are kept walled off.