Will data be the new cloud computing oil?

“Cloud computing promises to tackles two hitherto irreconcilable IT challenges: the need to reduce costs and the need to boost innovation.” That’s the view of Ovum Software’s senior analyst Laurent Lachal, who believes this year will see cloud computing continuing to grow rapidly within the industry. 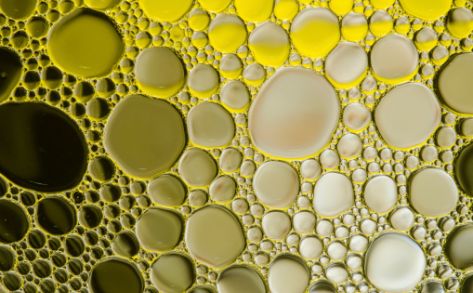 “It takes a lot of effort from vendors and enterprises to actually make it work, and they will succeed in making it work in 2013, both on their own and as part of increasingly complex ecosystems,” says Lachal, after releasing “2013 Trends to Watch: Cloud Computing.”

Indeed, cloud computing in all its guises, public, private, and hybrid, is building momentum, evolving fast and becoming increasingly “enterprise-grade”.

Yet, it is early days for vendors and enterprises according to Lachal.

“Cloud computing has barely reached the adolescence phase and it will take at least another five years for cloud computing to mature into adulthood,” he says.

Lachal believes this year will also see the emergence of cloud computing ecosystem, as public clouds are increasingly approached not only as technology delivery platforms but also as “ecosystem hubs” for cloud service providers and consumers.

“They offer a new way to accelerate participation in the rapidly evolving social networking and mobile solution ecosystems of the internet age,” he says.

“Some industry sectors are benefiting from the “data centre as a hub”, an increasingly cloud computing-centric ecosystem of partners that assembles in a key location or data centre such as around financial exchanges, web and online services, or media content.”

Data will be the new cloud computing oil:

Cloud computing services, and the (social, mobile) applications that cloud platforms underpin, generate a lot of data, which in turn requires cloud services and applications to make sense of it.

This trend connects with and fuels other industry trends such as the Internet of things, open government data, consumerisation of IT, and, last but not least, Big Data.

The market’s attention, under the Big Data banner, is currently mostly focused on technology issues according to Lachal.

But from this year onwards from a cloud computing perspective there will be growing interest in the cultural shift required by vendors and enterprises to turn data into a resource to manage and monetise, starting with data abstraction (from underlying IT systems), sharing (within and outside the enterprise), and valuation (via a model from companies such as Accenture).

“Some vendors played the cloud data card early , but the cloud data production, brokerage, and consumption ecosystem is still in the making and will continue to evolve over the next five years,” concludes Lachal.