The cloud computing era is upon us, and if you make servers, life could really begin to stink. A report today from Lawrence Berkeley Lab—which we previewed last week at Google GOOG -1.17%’s “How Green is the Internet” conference—examines what would happen if businesses around the country shifted from owning their own data centers and servers to handing responsibility for email and productivity applications to cloud providers. 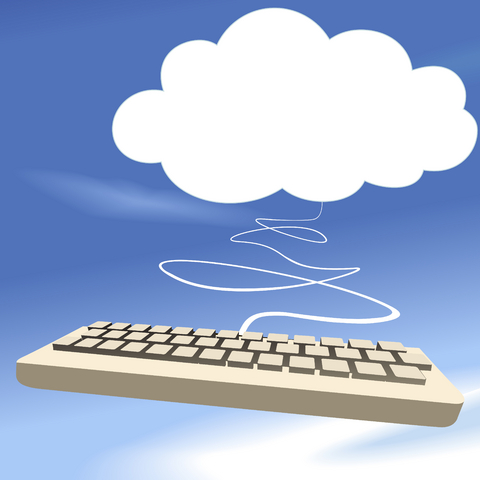 The energy savings would be enough to power Los Angeles for a year, every year. “Despite these uncertainties, the energy savings potential of cloud-based software is likely to be substantial on a national scale given the vast differences between the energy efficiencies of local and cloud data centers,” the report said.

But perhaps more eye-popping is the reduction in the amount of hardware that would be required to run the country’s IT infrastructure. The number of e-mail servers, which provide email connectivity to 87 million users, could be reduced from 3.5 million to 47,700 servers, a 98.6 percent reduction. The discrepancy is so large because most of these boxes are underutilized: rather than handle 2,000 or so individuals, some email servers only support eight users. Put another way, you could walk into a server room today and toss 99 percent of the boxes into the in-sink-erator without anyone noticing, if the system were configured appropriately.

Granted, a shift to the cloud will give hardware vendors opportunities to sell more equipment, but it will be tough to make up for a decline in demand—not even counting price cuts– that could climb to 90 percent.

To make matters even worse, the hardware vendors will have to contend with a new, more sophisticated customer. Rather than try to sell thousands of servers to millions of customers. Server makers will be trying to sell tens of millions of servers to thousands of customers. Some large customers such as Google and Facebook FB -1.27% have decided to design their own equipment and hire Taiwanese contract manufacturers to produce it on their behalf. While many cloud providers won’t design their own servers, they may start to order their own servers from them, cutting out the middleman.

But does that mean hardware is dead? No, but it means that vendors are going to have to develop pockets of innovation to remain relevant. In retrospect, that is why AMD’s acquisition of SeaMicro andVMWare’s acquisition of Nicira were such big deals. Both SeaMicro and Nicira came up with new architectures for, respectively, servers and networking equipment that changed a number of assumptions. HP’s Moonshot server, unveiled earlier this year, is a riff on SeaMicro’s ideas. (Note: earlier I inadvertently said Cisco bought Nicira. A number of key Nicira employees came from Cisco.)

Storage will stay in demand because of the cloud, by its nature, will generate lots of data. The Lawrence Berkeley CLEER study estimates that shifting productivity applications to the cloud would only marginally impact the number of external hard drives required.

WiFi wins. It takes only 100 microjoules to send a bit of data across wired or WiFi networks. Cellular transmission requires 450 microjoules.  But won’t the popularity of tablets and smartphones neutralize those energy savings? No.

The energy savings, the authors found, would be tremendous. The energy required to manage data centers (and produce the equipment used inside them) would drop by 87%, from 373 petajoules a year to 47 petajoules, a year.