Why the Hybrid Cloud Matters to Banks

The “hybrid cloud” is gaining popularity and banks aren’t immune to the allure of this IT trend. A hybrid cloud is a cloud computing environment in which an organization provides and manages some resources in-house and has others provided externally. 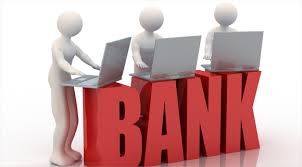 Using this very broad definition, many banks have hybrid clouds already. They use cloud-hosted software or compute resources for certain needs, such as application development and testing, and keep other applications, such as core processing, on their own servers.

ING last summer began building a hybrid cloud with HP and Colt to which it plans to migrate basic desktop software as well as 2,500 business applications. “We’ve come to the realization that building out our own data centers is a thing of the past, it’s a waste of time and energy to build out the brick and mortar of the data center,” Steve Van Wyk, then CIO of ING, told us at the time. (Van Wyk has since moved stateside to PNC.)

The latest vendor to make a hybrid cloud announcement is Microsoft, which this week announced a set of “hybrid cloud” offerings that it will release October 18. In addition to upgrades of its basic cloud building blocks (e.g. servers, virtual server software, and software-defined networking) and a new strategic partnership with data center provider Equinix, Microsoft says on November 1 it will offer all Enterprise Agreement customers Windows Azure discounts, but did not share the new pricing information.

Celent analyst Gareth Lodge sees a hybrid cloud as a setup in which a lot of processing takes place on an open, multitenant platform, but part of the process or value chain is run privately or on premise, so customer data can be kept in a private cloud within the organization.

“There’s still that real fear of what happens if the customer data gets out there,” Lodge says. “And quite rightly so. For many banks, the fear of loss of control, loss of data, that whole governance piece is still by far the biggest mental barrier.”

There’s always the concern among IT staff and even CIOs that increased use of cloud computing could lead to layoffs, and such choices are hard to undo later — those skill sets may be lost. For instance, when card processing is handled in house, staff members develop expertise in that system over the year. When that work is sent to a cloud, such as First Data’s, that expertise is no longer needed. It can also be difficult to transfer to other systems and projects.

But going to the cloud doesn’t always lead to lost jobs, Lodge notes. For instance, if a bank uses a cloud service just for storage, that has no impact on the majority of staff. “If anything it makes the staff more productive, they don’t have to manage the servers, they can focus on higher-value work,” Lodge says.

Banks tend to lag other industries in cloud usage by 10-15 years. While banks don’t necessarily need to be on the leading edge of cloud technology, “there are lessons we could be learning from other industries who are already doing this,” Lodge says.

Banks could eventually lose business to cloud-savvy competitors that have cheaper processing costs, Lodge points out. The Receivables Exchange, an online marketplace for selling accounts receivable, relies on cloud computing for much of its work.

“They’re processing billions of transactions which a bank could have been doing,” Lodge observes. “There’s the threat out there that if you don’t do something, the people who can could start impacting the bank itself. I don’t think they’ll replace banks, but they’re cherry picking that value chain.”

Lodge sees more banks using private clouds, too. All of Santander’s software is run out of two or three data centers globally. Deutsche Bank and Commonwealth also make heavy use of private clouds.