Why IT Is Struggling To Build Private Clouds

IT is under pressure to build private clouds, which means creating a data center architecture that can deliver the same kind flexible, scalable computing as public clouds from Amazon Web Services and other providers. And private clouds do so without the security and control worries that come with sending data outside a company’s own walls. 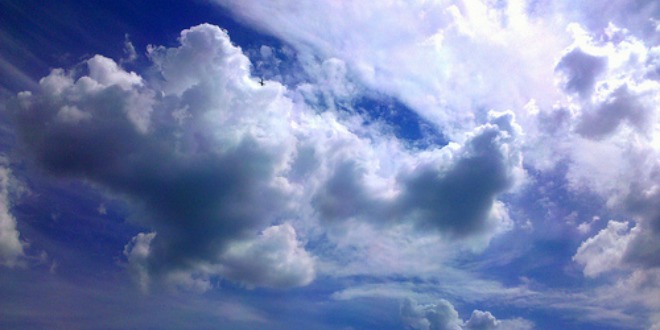 However, with private clouds IT professionals face a dilemma between two competing goals: They want to build private clouds that are open to other clouds but also can run existing in-house systems and applications. Private clouds must be as open and standard as possible so, if necessary, you can shift workloads out to public clouds at times of peak demand (known as cloudbursting). Many IT pros look to OpenStack and other open source code that’s based as much as possible on Web standards and nonproprietary languages, such as Python.

But IT also wants its private cloud architecture to work with what it already owns. If what you have is a data center that’s heavily virtualized using VMware or a bunch of Windows Server hosts running Hyper-V virtual machines, those platforms offer strong, in-house management features but make openness and standardization difficult. VMware and Hyper-V represent just under two-thirds of the enterprise virtualization market, according to IDC. Both will gladly supply the means to build a private cloud data center, but neither matches up perfectly with the de facto public cloud standard — Amazon Web Services, another proprietary system.

Among the key advantages of private clouds is that they let you self-provision virtual servers. They also provide elastic scaling of those servers, let you shift workloads to any machine depending on demand, launch servers without human intervention and supply end users with an accounting of the resources they’ve used either for chargeback purposes or often just for showback.

Private clouds have stirred up a lot of interest because they represent a step forward in data center design, relying heavily on pools of virtualized resources. Theoretically at least, they can be run as much by software programming as by humans, hence the VMware-coined term the “software-defined data center.” Companies can build smaller data centers using cloud architecture because, by shifting workloads among general-purpose servers, storage and networks, utilization goes way up. FedEx estimates that moving to a private cloud architecture let it build just a 20,000-square-foot, 10-megawatt data center instead of the 100,000-square-foot, 30-megawatt building it had planned before embracing a strategy its IT leaders describe as “all in” on a private cloud design.

Many companies building private clouds want to be able to tap public clouds during peak demand — relieving them from having to buy infrastructure to support two or three times their usual steady state. While they want the option of using these blended private-public clouds, few IT leaders are running critical apps in a hybrid private-public cloud.

FedEx CIO Rob Carter says there’s no doubt that his company will tap a public cloud in the near future. FedEx will need more data center capacity, and a public cloud may be able to provide that on demand and with less capital investment. FedEx also will need computing capacity around the world to ensure fast response times, and public clouds might be a better choice than building private ones.

Whatever the reason, the point is that FedEx built its Colorado data center architecture using the same principles as a public cloud. Every server is capable of running any application that’s in the data center, for example, because every application that FedEx moved to this “pristine” data center was rewritten to use the same software stack. “When we do take that next step with Tier 1 applications in the public cloud, we’ve already been behaving that way in- house,” says Kevin Humphries, FedEx’s senior VP in charge of the data center infrastructure.

Once companies have created pools of virtualized resources in a private cloud, IT needs a way to let end users self-provision virtual servers and see what the resources they’ve commissioned are costing the company. Users need a service catalog of their server options for a given computing task. And IT needs a monitoring system that will do the routine work of keeping things running, spotting trouble as it develops, and commissioning and decommissioning VMs.

VMware does most of this in its on-premises vSphere environment, but so far it hasn’t convinced many customers to use the VMware-based public clouds it provides through partners as a path to hybrid cloud operations. VMware partners with Colt, SingTel and SoftBank overseas and AT&T, Bluelock, CSC and Dell in the United States. Hundreds of smaller regional partners claim VMware compatibility as well.

A certain nervousness is evident in the VMware camp, as it watches Amazon become the first name in public cloud infrastructure by cutting prices that others such as Microsoft then match. “We all lose if [corporate applications] end up in these commodity public clouds,” VMware CEO Pat Gelsinger said at a Feb. 27 partner meeting in Las Vegas. “We want to extend our franchise from the private cloud into the public cloud and uniquely enable our customers with the benefits of both. Own the corporate workload now and forever.” VMware’s COO, Carl Eschenbach, urged partners not to lose out to a “company that sells books.”

But Terremark, a Verizon-owned data center colocation and cloud services provider and long-term VMware partner, illustrates VMware’s problem. Terremark wants to host as many VMware-based workloads as possible, and its executives frequently appear on stage at VMworld user group meetings. But it’s developing its own cloud management software rather than base its operations on VMware vCloud Suite, which it has found unsuitable for its large-scale operations, says John Considine, Terremark’s CTO.

Many observers, including James Staten at Forrester Research, predict VMware will enter the public cloud market and offer VMware-compatible infrastructure-as-a-service.